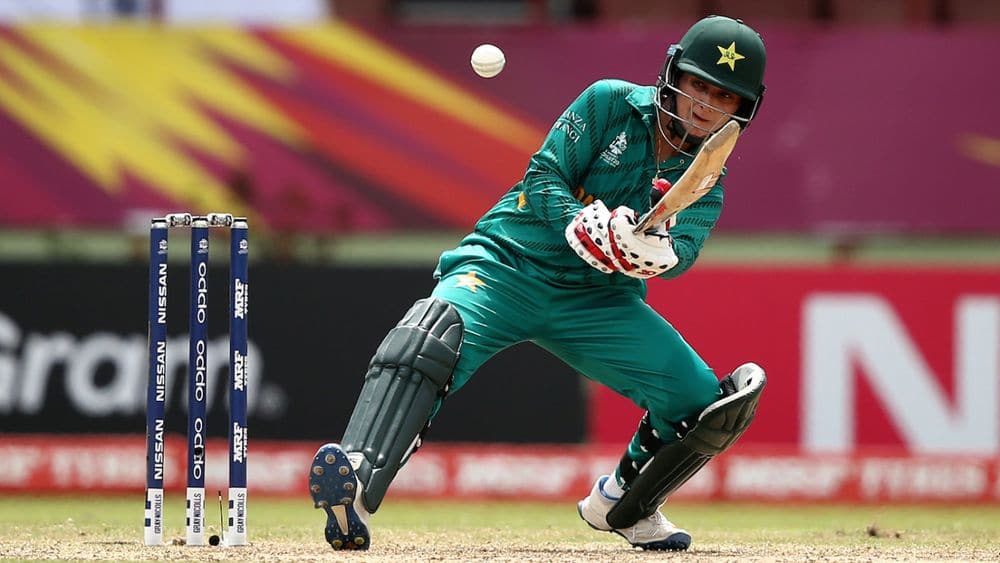 Pakistan captain Bismah Maroof has been ruled out of the ICC Women’s T20 World Cup 2020 after suffering a communitive fracture in her right thumb during her side’s 42-run defeat against England in Canberra on Friday.

The PCB has named Nahida Khan as Bismah’s replacement, which will be confirmed following the Event Technical Committee’s approval. In Bismah’s absence, Javeria Khan will captain the side.

Bismah will now travel with the side to Sydney on Saturday, where she will be operated upon by Cricket Australia’s orthopedic surgeon.

Pakistan’s next match is against South Africa in Sydney on Sunday. To stay in content for a place in the semi-finals, they have to beat South Africa and then Thailand on 3rd March.

Here’s how the points table looks like after Pakistan’s defeat against England:

Do you think Pakistan can make it to the semi-finals despite Bismah’s absence? Let us know in the comments.