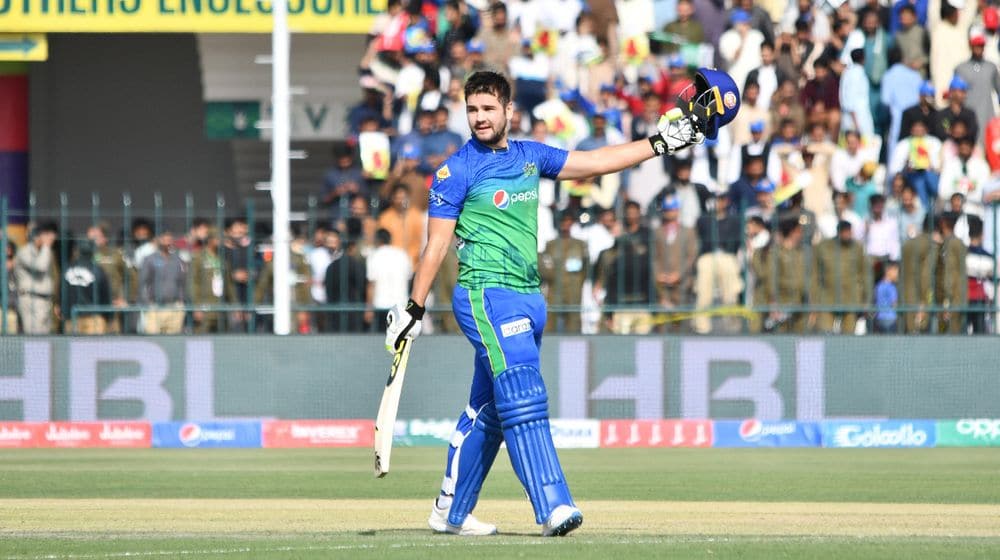 Multan Sultans won the toss and elected to bat first.

Multan Sultans started off slowly with three top batsmen back in the hut without doing much damage. However, Shan Masood and Rilee Rossouw made sure that they didn’t let the middle order crumble as they added a massive 139 for the 4th wicket.

It was one of the best partnerships in PSL history as Shan played along when Rossouw got into his groove and smashed the bowlers all around the park. The left-handed South African batsman went on to raise his bat for the fastest ever century (100* off 44) in PSL history, whereas Shan scored 46.

The batting effort and late surge from the batsmen helped Sultans set a target of 200.

It was always going to be tough for Gladiators, however, they were ready for a fight as their openers got going straight away.

It was Shane Watson’s day to fire as he put up a show for the spectators with a mesmerizing innings of 80 from just 41 balls. His innings included 7 sixes and as many fours to challenge the opposition bowlers, however, his wicket daunted their progress big time.

Ben Cutting and Anwar Ali also tried to get their team over the line, however, it was all too difficult to register a win from there.

Bilawal Bhatti, who was playing his first match of the season, was the pick of the bowlers, taking 3 wickets.

It will be another great day of cricket at Multan Cricket Stadium as two top-ranked sides, Multan Sultans and Quetta Gladiators will take on each for supremacy at the top of the points table.

It is the 12th match of the tournament and the first of today’s two matches. The second match will be played at Rawalpindi Cricket Stadium later today. Whichever team wins today will have 8 points from 5 games.

Sarfaraz XI have won 3 out of the 4 matches played between the two teams. The only match that Sultans won was their first-ever meeting against the Gladiators.

Multan Sultans might bring back James Vince for Ravi Bopara who was picked in the last match due to tactical reasons. Quetta are likely to field the same XI they did against Islamabad United last time they played.

Multan Sultans:
Shan Masood proved that he can be a handy batsman in addition to making some great tactical decisions as a captain. Supported by the seniors, Shan can be quite a package to have in the team.

Quetta Gladiators:
Ben Cutting has been a great addition to Quetta Gladiators’ squad. He won the match for his team in the last game and he was also impressive in the tournament opener.