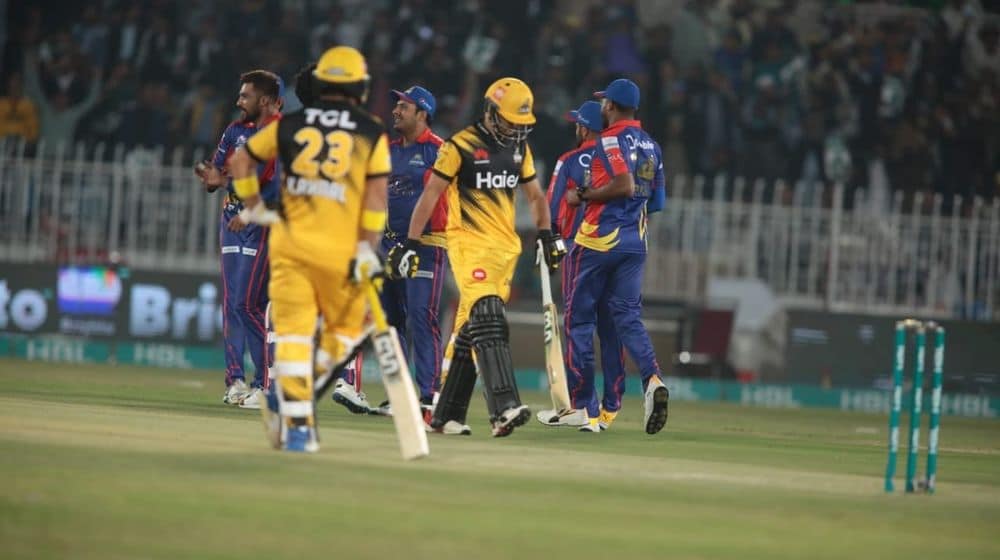 Karachi Kings won the toss and elected to field first.

Today’s first innings reminded us of 2009-10 when Mohammad Amir, a teenager back then, was bamboozling legendary batsmen with his banana swing, no matter the format. His first over today was an absolute treat to watch in which he removed Tom Banton and Haider Ali with inswinging deliveries.

Shoaib Malik, the senior pro, steadied the ship after Mohammad Amir and Aamer Yamin started off brilliantly for the Kings. He finished with 68 off 55 and contributions from Liam Livingstone (25) and Lewis Gregory (25) helped Peshawar Zalmi post a slightly competitive total.

A target of 152 with the likes of Sharjeel Khan, Babar Azam, Alex Hales, and Cameron Delport in the top 4 was always going to be a walk in the park for Karachi Kings.

After Sharjeel’s early departure, Babar and Hales added 101 for the second wicket after which, it was a piece of cake for the batsmen. Hales scored a well-made 49 from 27.

Two quick blows by Yasir Shah, who has come in as injured Mohammad Mohsin’s replacement, brought Zalmi back into the game for a bit, however, Babar and Chadwick Walton were there to take their team within a touching distance of the win.

Walton couldn’t last til the end and holed out to his fellow West Indian bowler, Carlos Brathwaite with just 5 runs needed off 14 balls.

Rawalpindi has been a great venue for the PSL and the fans have shown their hunger for cricket by coming in huge numbers even in rain-affected games.

Peshawar are far ahead when it comes to head-to-head record, winning 8 out of the 11 matches the two teams have faced against each other over the years. The teams have come across this year as well where Karachi emerged victorious after posting 201.

Peshawar Zalmi:
Darren Sammy is yet to play the finisher role for Zalmi this season, and if he can do that, his team will have a great chance of making a push for the title.

Babar Azam got out for a duck in the last match without facing any ball and he will be itching to get going in front of a jam-packed Rawalpindi stadium. Despite playing this match as an away game, Imad Wasim will have lots of local support.