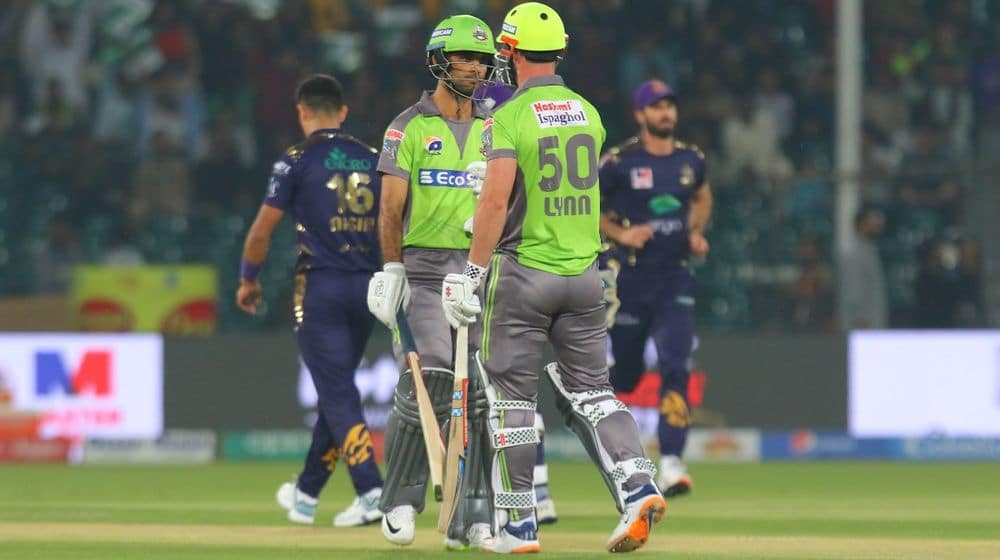 Quetta Gladiators won the toss and elected to field first.

Lahore Qalandars have finally gained some form after making three changes to their playing XI from the last match. The most important of them all, Ben Dunk in place of Dane Vilas changed the entire batting outlook of the Qalandars.

At 50/3, it looked like another batting collapse was on, however, Dunk and Samit Patel made sure that it wasn’t the case. The Aussie wicket-keeper batsman smacked a record 10 sixes in his innings, scoring 93 from just 43 balls.

Patel was also quite explosive with the bat, hammering a 40-ball-71 including 2 sixes and 9 fours. They combined 155 for the 4th wicket as Sohail Akhtar’s side posted the highest PSL 2020 total of 209/5.

After being at the receiving end by Rilee Rossouw in the previous match and Ben Dunk in today’s fixture, the Gladiators had plenty to do. Samit Patel was once again brilliant with the ball as well, removing the in-form Jason Roy cheaply.

Dilbar Hussain also chipped in with two quick wickets as Patel also got rid of Sarfaraz Ahmed to leave the Gladiators reeling at 53/4. From there on, it was always going to be a matter of time before Qalandars got their first points of this year’s PSL.

Despite a late blitz from Ben Cutting, the home side won it quite comprehensively. Salman Irshad took 4/30 in his 4 overs.

Qalandars still have the chance to make it to the playoffs considering they have only played 3 games thus far, whereas most other sides have played at least 5 or 6 matches.

Sarfaraz XI have a 5-3 winning record against Lahore Qalandars. The last time two teams met, Qalandars thumped Gladiators by 8 wickets after bundling them out for just 106 runs.

Lahore Qalandars:
Mohammad Hafeez played a brilliant innings against Islamabad United, and his team would be hoping for a similar knock from him today.

Shane Watson proved that he is still one of the finest T20 batsmen going around in franchise cricket and he will once again be the key.