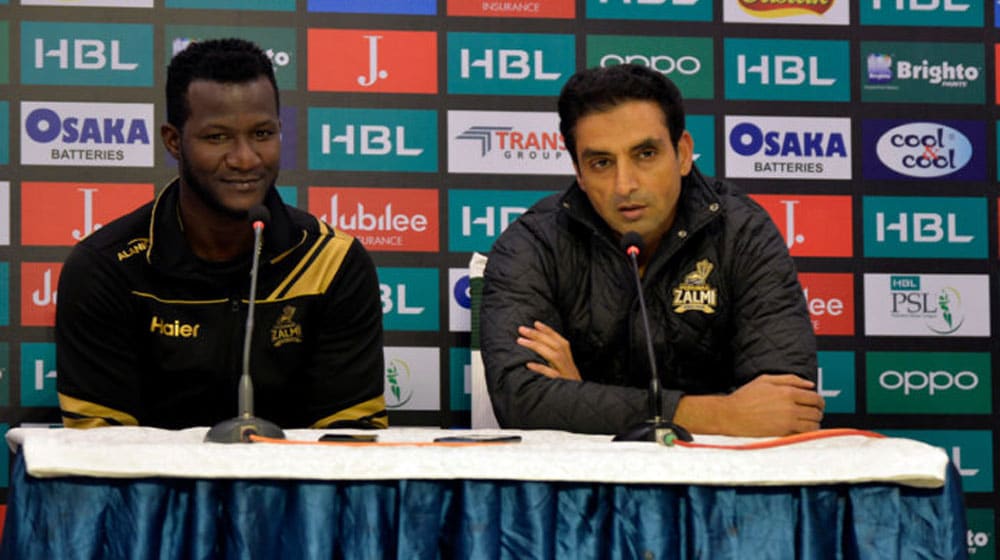 Former Pakistani cricketer, Basit Ali, has questioned Peshawar Zalmi’s decision to change their head coach mid-season. In his YouTube vlog, Ali criticized the replacement of Mohammad Akram with Darren Sammy and termed it a ‘needless move.’

On Thursday, Sammy stepped down as Zalmi’s skipper to pave the way for fast bowler Wahab Riaz to take the reins of the team that won the PSL 2017 trophy under his captaincy.

As per an official statement, Akram was promoted as the Director Cricket to install Sammy as the head coach for two years. The mid-season shakeup has raised many eyebrows, as people question the timing. The development also seems fishy because a game before last night, Sammy was ‘rested,’ and Wahab was given the charge of the team. Sammy’s dubious tweet on the same day made things even more ambiguous.

But, Basit’s point was somewhat technical as he said that preferring Sammy over Akram was Zalmi’s mistake, which, according to him, would backfire soon.

The decision is beyond my understanding because Mohammad Akram understands cricket better than Sammy and is a very nice guy. It seems Sammy enjoys more authority than Akram

Ali predicted that the decision will hurt Peshawar Zalmi’s cricket.