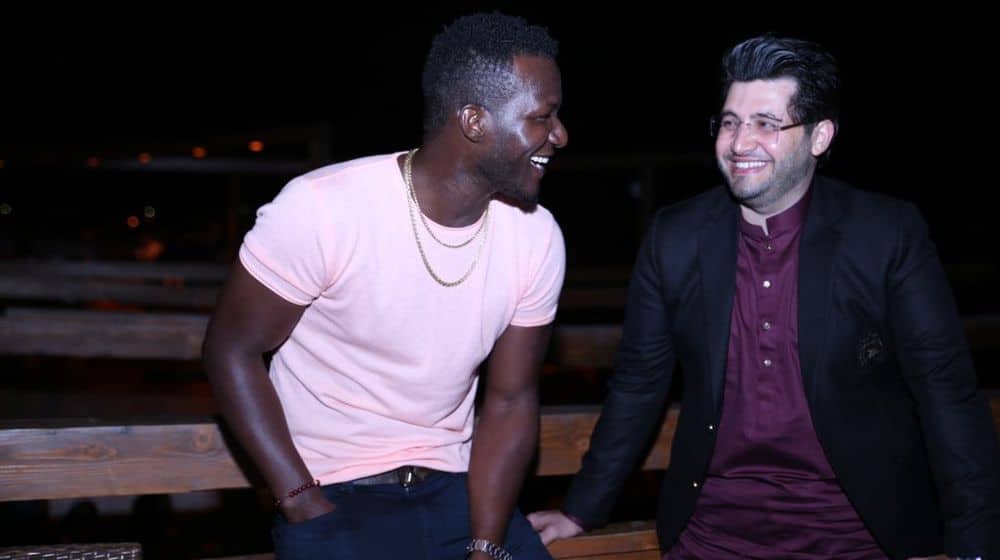 Peshawar Zalmi captain, Darren Sammy, has finally spoken up on media claims regarding his tweet before his team’s previous match against Karachi Kings.

The West Indian all-rounder tweeted a life lesson that he has learned.

I’ve learnt that you are important until you’ve completed your role. #dealingwithhumans

Media reports had speculated that Sammy has gone out of favors with Zalmi owner, Javed Afridi, which is why he did not play in the match against the Kings.

Peshawar Zalmi is my baby and nothing comes between us. Absolutely nothing.

Taking to Twitter, the two-times T20 World Cup winner said that all the made-up stories have given him a good laugh. He further called Javed Afridi his brother, saying that he can never have an issue with him.

I can’t believe that the media would think that my bro @JAfridi10 and I would ever have an issue. I’m actually laughing at this. Listen guys I love this man as my own brother. Are u guys serious @PeshawarZalmi is my baby and nothing comes between us. Absolutely nothing. pic.twitter.com/oRc5J5EiCN

Darren Sammy has been a true ambassador of the game and thanks to his role in bringing back cricket, he will be awarded honorary Pakistani citizenship and the highest civil award on 23rd March.

Darren Sammy to Get Honorary Pakistani Citizenship on 23rd March

The all-rounder has been associated with Peshawar Zalmi since the first edition of the PSL. The reason behind him resting was to give Carlos Brathwaite a chance before he gets replaced by Kieron Pollard, who is busy playing for the West Indies in Sri Lanka.

It is worth mentioning that Brathwaite came in as a replacement for Pollard.