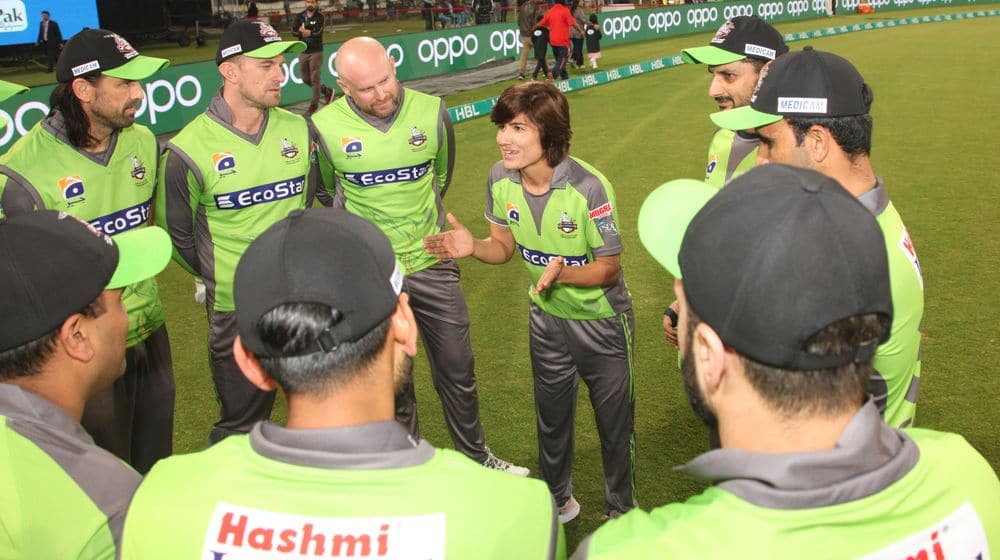 Pakistan Cricket Board (PCB) celebrated the International Women’s Day on 8th March by paying tribute to the female national cricketers while also acknowledging the efforts of women athletes such as Kiran Khan and Sara Mehboob Khan.

It was a double-header on Sunday and each franchise was led onto the field by a member of Pakistan women’s cricket team.

Let’s have a look at some of the pictures from PCB’s women’s day celebrations:

In addition, the PCB is offering 30% discounts on VVIP, VIP and Premium tickets for women this week.

What are your thoughts about the gesture by PCB? Let us know in the comments.