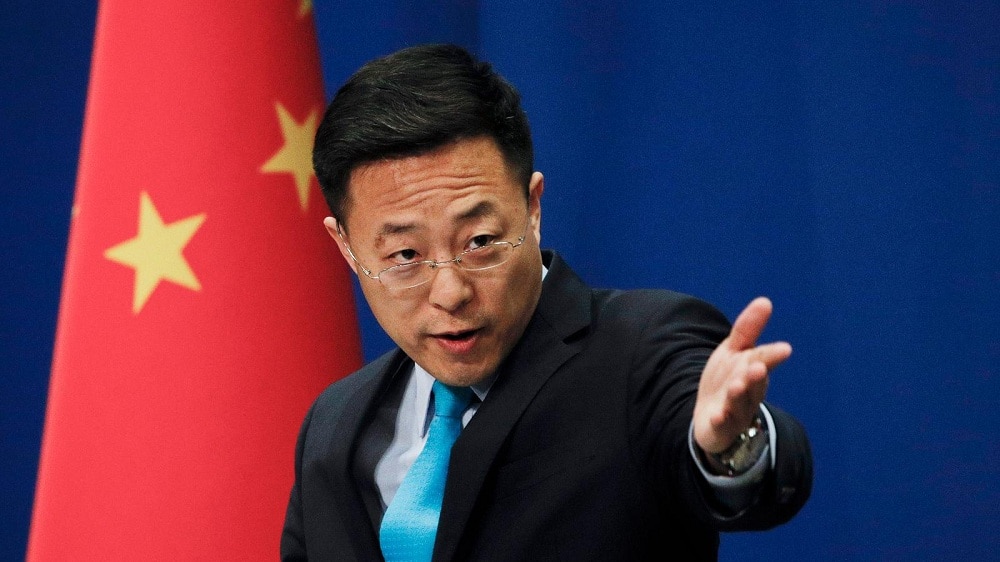 For weeks after the Coronavirus outbreak in Wuhan, Chinese social media platforms remained flooded with accusations that the United States has conspired against China to bring down the economic giant.

Now, the conspiracy theories have been lent credence by the Chinese government as the country’s Foreign Ministry Spokesperson, Zhao Lijian, has claimed that it was the US that transmitted Coronavirus to China originally.

The Chinese government firmly believes that 300 athletes of the US army who participated in the 7th Military World Games in Wuhan in October last year were already infected with the virus when they landed in China. Those US military athletes are thought to be behind the spread of the deadly affliction in China.

Zhao Lijian, who was previously serving as the Chinese ambassador to Pakistan, has posted a video on Twitter implying that the US army had brought the Coronavirus in China.

1/2 CDC Director Robert Redfield admitted some Americans who seemingly died from influenza were tested positive for novel #coronavirus in the posthumous diagnosis, during the House Oversight Committee Wednesday. #COVID19 pic.twitter.com/vYNZRFPWo3

2/2 CDC was caught on the spot. When did patient zero begin in US? How many people are infected? What are the names of the hospitals? It might be US army who brought the epidemic to Wuhan. Be transparent! Make public your data! US owe us an explanation! pic.twitter.com/vYNZRFPWo3

In the video above, Robert Redfield, director of the US Centers for Disease Control and Prevention (CDC), can be seen saying that some patients originally thought to have died from flu actually died from Coronavirus in the US, a posthumous diagnosis has confirmed.

Zhao Lijian has raised some serious questions claiming that the CDC has been caught red-handed and the US must explain the matter to China.

When did patient zero begin in the US? How many people are infected? What are the names of the hospitals? It might be the US army that brought the epidemic to Wuhan. Be transparent! Make public your data! The US owes us an explanation!

However, Zhao Lijian quickly posted two separate tweets containing articles from Global Research Canada, an independent research and media organization, which claim that the Coronavirus did originate from the US.

This article is very much important to each and every one of us. Please read and retweet it. COVID-19: Further Evidence that the Virus Originated in the US. https://t.co/LPanIo40MR

Just take a few minutes to read one more article. This is so astonishing that it changed many things I used to believe in. Please retweet to let more people know about it. https://t.co/jprOhxlYE9

Do you think the Chinese government is right? Let us know in the comments section.