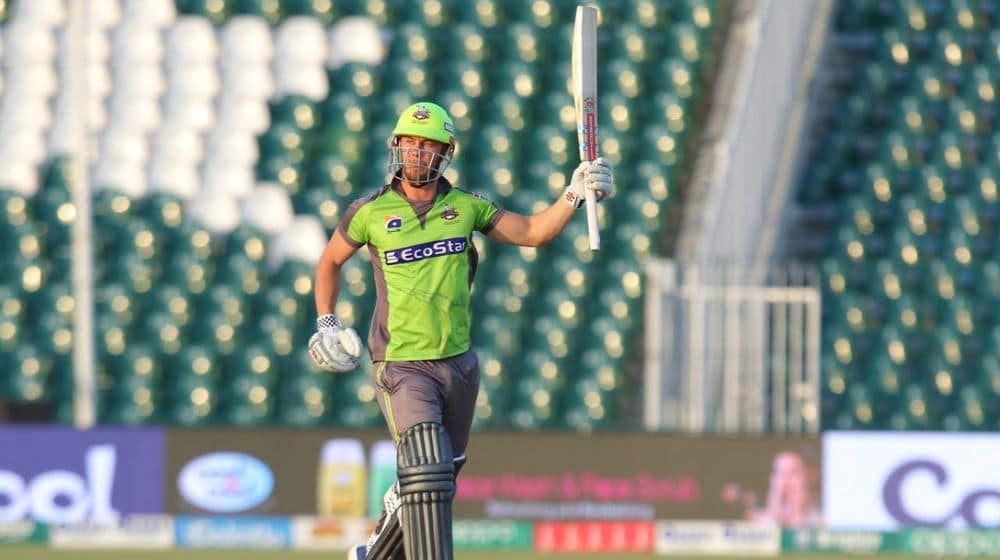 After a poor start, Multan Sultans batsmen, Shan Masood and Ravi Bopara steadied the ship, adding 75 for the 3rd wicket. Shan made 42 while Bopara got out after scoring 33.

Late blitz from Khushdil Shah, who made an unbeaten 70 from 29 including 6 sixes, and a cameo from Rohail Nazir powered Sultans to a respectable total of 186/6.

A brilliant opening partnership between Fakhar Zaman and Chris Lynn made sure Lahore Qalandars was always ahead in the chase. Fakhar fell after scoring 57 from 35 balls.

It was Chir Lynn who played a masterclass of an innings to take his team to the semi-finals for the first time ever in PSL history. He remained unbeaten at 113 from 55 balls including 8 sixes.

In the end, it was a comfortable victory for the home side.

It’s the last day of league matches with a double-header in Lahore and Karachi. Today’s first match is scheduled between Lahore Qalandars and Multan Sultans at Gaddafi Stadium while the second match will be at Karachi between the home team and Quetta Gladiators.

With two spots up for grabs, today’s matches will be exciting to watch. Without further ado, let’s have a look at the match details, possible line-ups and head to head records.

It has been an evenly-matched rivalry with Multan Sultans having a winning record of 3-2 against the Qalandars.

Lahore Qalandars:
Sohail Akhtar has enjoyed a few good games with the bat and fans would be hoping to get another similar performance from the captain.

Sohail Tanvir has been among the leading wicket-takers with one of the best economy rates this season.