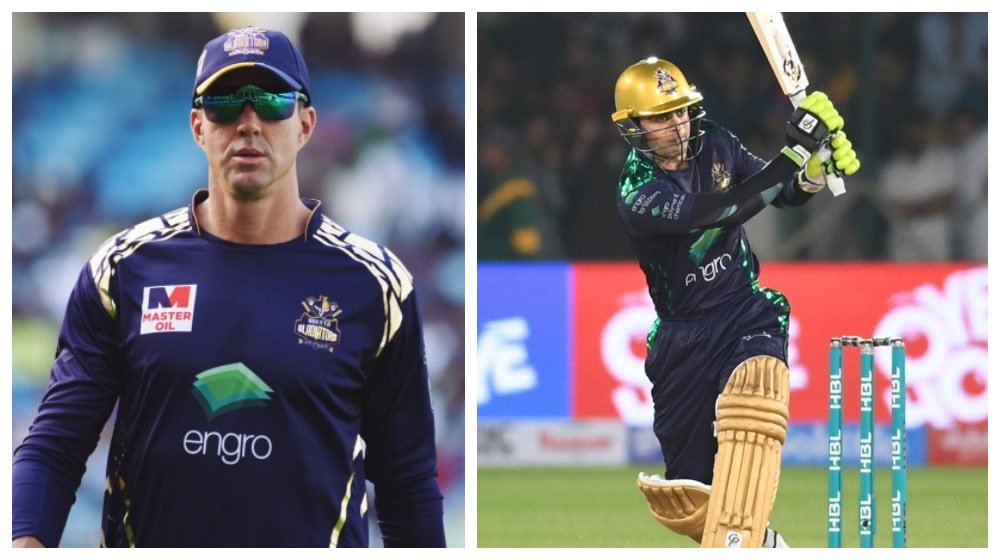 Former England batsman, Kevin Pieterson was on fire, albeit in a light mood, during his live session with Ahmed Shehzad on Instagram last night.

The 39-year-old took a dig at his fashion sense, saying, “You need to cut your hair brother, don’t you have any clippers? A man who plucks his eyebrows to look beautiful and use moisturizers for his face, you know exactly how to shave your head”.

Let Your Performance Do the Talking: Miandad Slams Ahmed Shehzad

Pieterson openly said everything the entire Pakistani nation wanted to say to Ahmed after his dismal batting performances in the PSL 2020. The former English cricketer kept no secret of Ahmed’s continuous blabbering even in the Quetta dressing room.

You are talking so much nonsense that it goes in one ear and out of the other, which is similar to what you did in the dressing room. You talk that much nonsense that we actually don’t know when to listen to you because you ramble too much.

Pieterson literally scolded him like a big brother on his failure to score runs, saying everyone wants to know why you weren’t scoring runs. To this, Ahmed had no answer but to further beat around the bush.

I just want to hammer you about your batting, why are you not scoring runs. Shezzy I’m not a journalist. I’m your buddy so don’t talk to me like we are in an f***ing press conference. People want to know why you are not scoring runs and not that you tried so hard and played so nicely.

In response to Ahmed’s batting struggles at number 3, the Englishman embarrassed him by saying that you should carry drinks instead of playing for any team.

So you don’t want to bat one and two, can’t bat three, four and five. I think you should go and bat 13 for the Quetta Gladiators’ third team next season and not even the first team. Go and carry drinks.