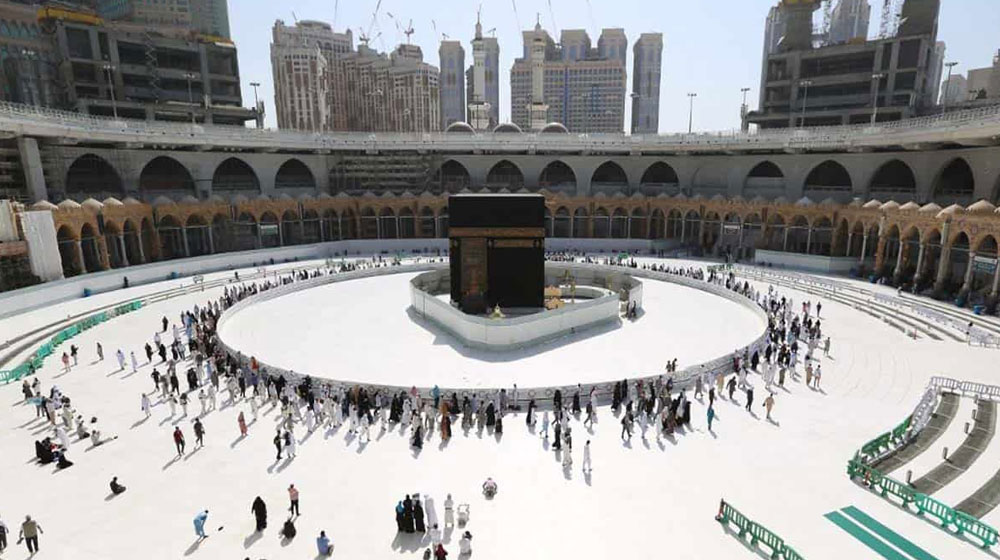 Saudi authorities have allowed tawaf in the Mataaf area of the Holy Kaaba with some restrictions. The restriction was lifted late on Monday.

Only a small number of people will be allowed to perform the ritual. A protective structure around the Kaaba has been erected, and pilgrims are not allowed to touch the Kaaba.

Tawaaf has resumed on the Mataaf allowing a small gathering of people to perform their ritual. pic.twitter.com/gFyjeG3qFM

The tawaf came to a halt on March 21 when the government announced extraordinary measures to control the spread of the deadly coronavirus. Later on, the authorities also banned congregational prayers in Masjid al-Haram and Masjid al-Nabvi. Very few people, mainly the workers and the security staff, were allowed in.

Despite the protective measures, the coronavirus pandemic is wreaking the havoc in the Kingdom, forcing the closure of all businesses, transport, and educational institutions.

So far, over 1,500 confirmed cases and eight deaths have been reported in Saudi Arabia.