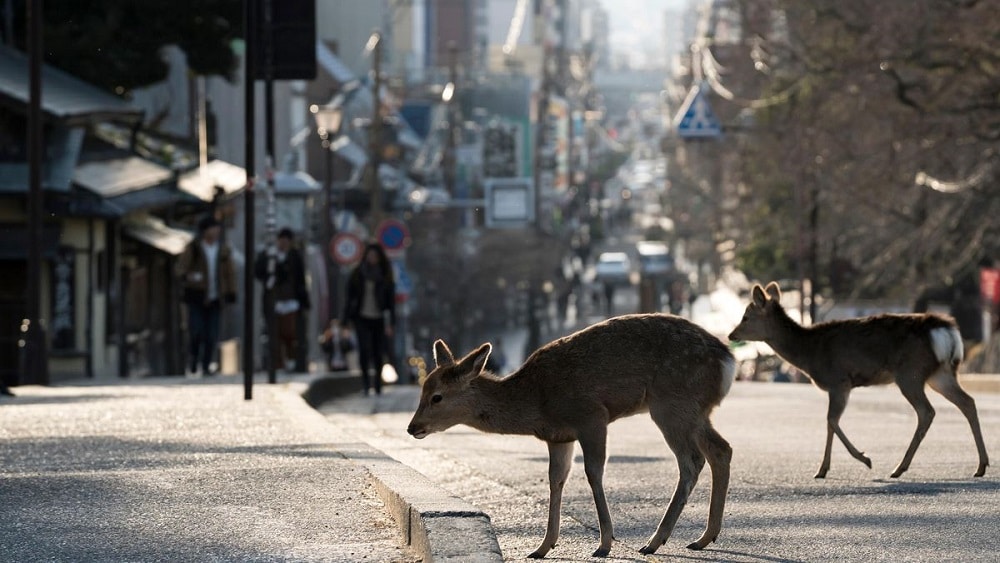 The world is reeling from the coronavirus pandemic with billions of people living under lockdown to help slow the spread of the disease and the global economy painting a grim picture. At the time of writing this article, over 1.5 million people have been infected and over 95,000 people have passed away.

Most countries have been under lockdown for weeks with people being asked to stay at home and this had made cities look deserted. This gives a very haunting picture with people comparing them to dystopian futures we had only seen in the movies, games or books.

One interesting impact of the inactivity has been that nature has started recovering; people are seeing clear blue skies for days. Some people are seeing the night sky full of stars, there has been an improvement in the air quality around the world and we have started seeing animal populations recovering.

A recent post on social media shows that after decades, the canals in Venice are clear and you can see fish swimming. In the Indian subcontinent, people have been able to see snow-capped peaks of Kashmir from Sialkot, Rawalpindi, Jalandhar and other places.

According to CNN, Delhi, which consistently has one of the worst air qualities in the world has seen its PM 2.5 and the deadly nitrogen dioxide emissions fall by more than 70%. This is not just limited to the Indian capital but also has been seen across the globe with satellites showing that countries all over the world witnessing a sharp decline in the nitrogen dioxide emissions when compared to last year.

The National Geographic recreated the map as seen below and you can see the changes in China, Italy and other parts of the world. The darker shades show more emissions.

In another picture, you can see the dramatic fall in emissions in the USA with bigger cities like Los Angeles showing a staggering 33% drop in emissions and New York City showing a 22% drop.

This shows that there is a direct correlation between the usage of fossil fuels and the harmful emissions that we see. According to The Guardian, the motorway traffic in the UK is down by 83%. This has had an impact on the emissions as we have seen on the Nat Geo image as well.

Another impact of the reduced traffic and human activity apart from the fall in emissions has been on wildlife and biodiversity. Pictures are floating on the internet showing that indigenous vultures in the city of Islamabad have returned. The number of roadkills will also fall because of the reduced traffic. According to The Guardian, every year in the UK alone over 100,000 hedgehogs, 30,000 deer, 50,000 badgers, and 100,000 foxes are killed in road accidents.

Not only that, but there have also been some interesting sights with media reports stating that coyotes have been seen at the Golden Gate Bridge, deer are grazing near the White House and other such wild instances.

While this is all good news, this is only a short-term respite because our planet has shown that it still has a chance to bounce back from climate change but countries will have to change their systems. This shows that we need structural changes to sustain this and to stand a chance against climate change. Recent data shows that the emissions are rebounding in China as the country eases the lockdown and looks to kickstart its economy.