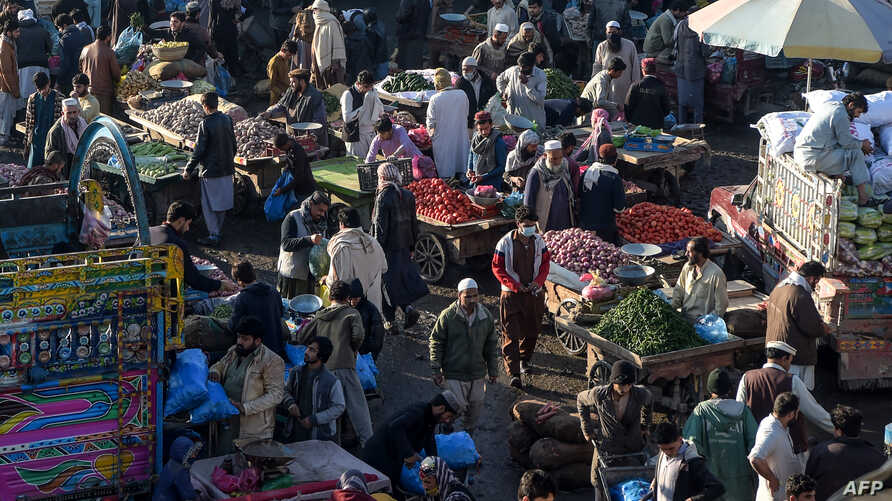 While the Coronavirus crisis is the only thing on our minds these days, the public remains shockingly unaware of the subject, relying more on hearsay, beliefs, and superstitions rather than actual medical knowledge.

This was exposed in a survey poll of 1000 Pakistanis by research company IPSOS in a study published on Thursday. The survey interviewed people from all over the country, including all provinces, regions and socioeconomic classes.

The poll revealed shocking misinformation on the virus and how to protect oneself from it: A staggering 82 percent of people believe that performing ablution five times a day can protect from Coronavirus.

Around 67 percent believed since Allah controls all the viruses, holding prayer congregations at mosques cannot transmit COVID-19. Likewise, 48 percent were certain that shaking hands is Sunnah and hence cannot be a source of infection. 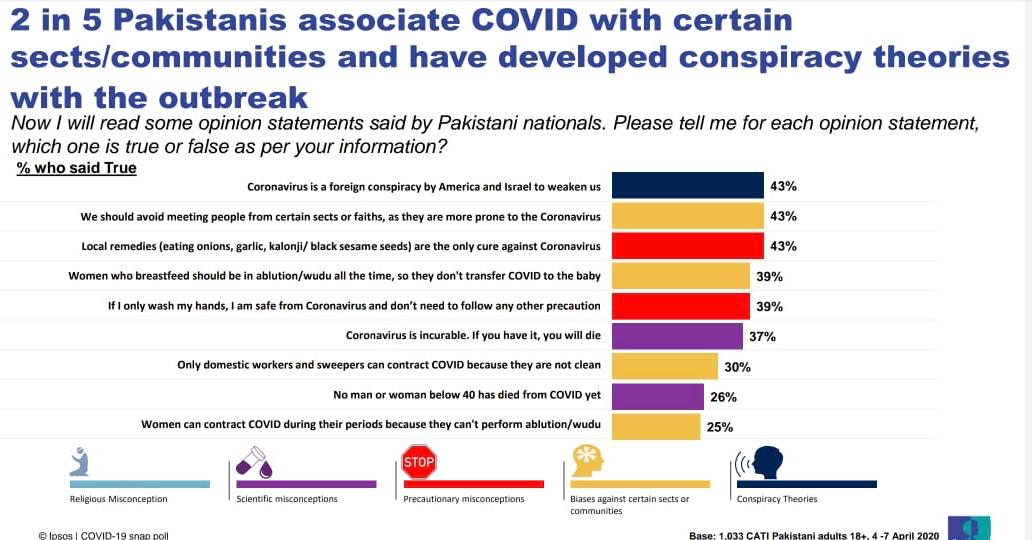 The conspiracy theory angle is depressingly popular too: 43 percent of the respondents consider the pandemic a US and Israeli conspiracy against Pakistan and 43% believe they should avoid meeting members of other religious sects to avoid contracting the disease. Almost half of the respondents are blaming pilgrims from Iran as the cause of the virus in Pakistan.

The scientific misconceptions were equally mind-boggling.

Around 50 percent of people believe that Pakistanis have stronger immunity as compared to the rest of the countries and Coronavirus would not affect them much. On the other hand, 67 percent of respondents are sure that taking steam regularly could be an effective safeguard against the viral attack. 43 percent said local remedies like garlic or onions were the only cure against COVID-19 (they are not). 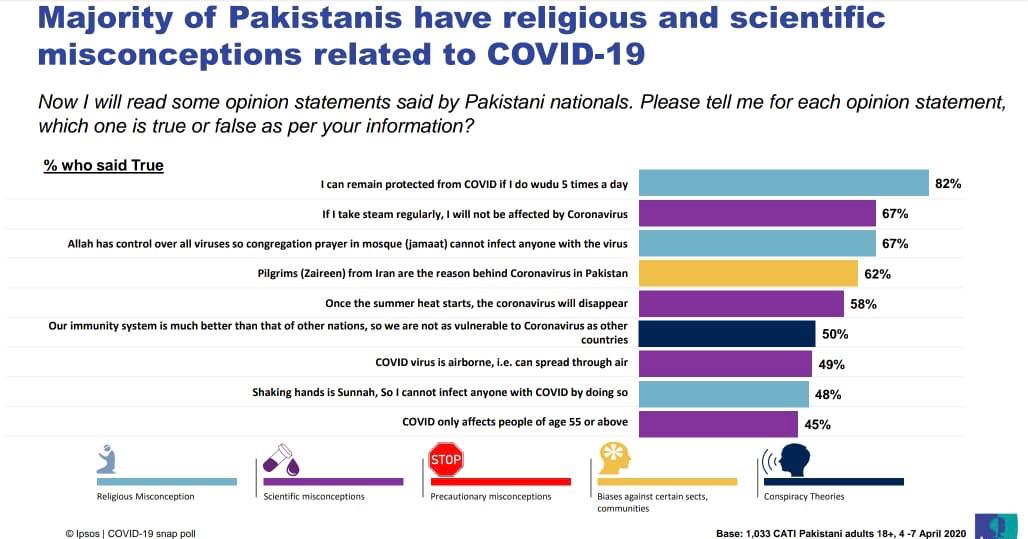 The government has notified effective measures against the pandemic but the study shows the limitations of these measures. Only two among five correctly remembered the official helpline number 1166 for Coronavirus.

Youngsters and educated people were more aware and less prone to misinformation, so were the financially privileged as compared to the lower-income classes.

Unsurprisingly, the finger has been pointed at social media as the source of this misinformation. The poll revealed that YouTube was the most prominent source for respondents on the issue.

More of the key findings from the survey are as follows:

The poll has exposed some serious blind spots in our public’s understanding of the issue. It is clear that the government and the media need to do a lot more on improving awareness, countering online misinformation and debunking fabrications and myths.

Without this, the public remains dangerously exposed and no amount of steam or ablution is going to cure that.

The writer is a researcher and media analyst based in Islamabad.