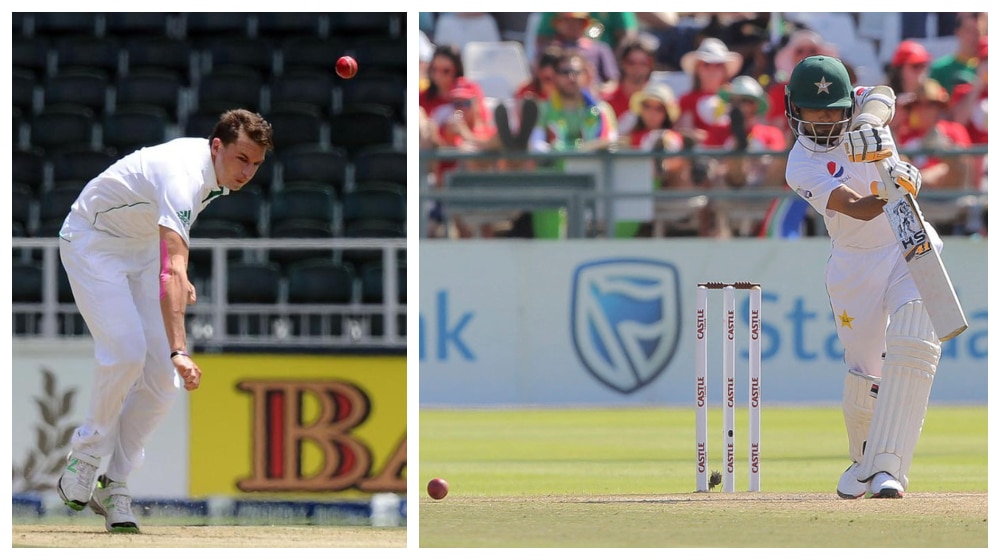 Legendary fast bowler, Dale Steyn has said that he underestimated the class of Babar Azam when Pakistan toured South Africa in 2018.

Reflecting on the duel, Steyn said that he loved the way Babar approached the game.

I love the fact that Babar came out and played with that aggressive mindset. I know I bowled like five half-volleys in a row to give him that opportunity to get onto that role. I think I probably underestimated his ability. He had a couple of great drives. I thought I would send it wider but he was able to get on top of that as well.

Praising Babar’s ability to score runs at will, the 36-year-old, saying that he used the battle against him as a stepping stone for his success.

He has now gone on to make a billion runs since then. He used that as the stepping stone because he had taken on a bowler who in his eyes was one of the best. That is awesome. It is nice that there is a cat and mouse thing with everyone.

While he acknowledged that it is great to see him succeed, he’s also looking forward to the next time they meet on the field.

When we face off next time, it is going to be back to zero. The past won’t matter. It’s really nice that he has gone on to be as good as he is.

What are your thoughts on Dale Steyn’s remarks on Babar Azam? Let us know in the comments.