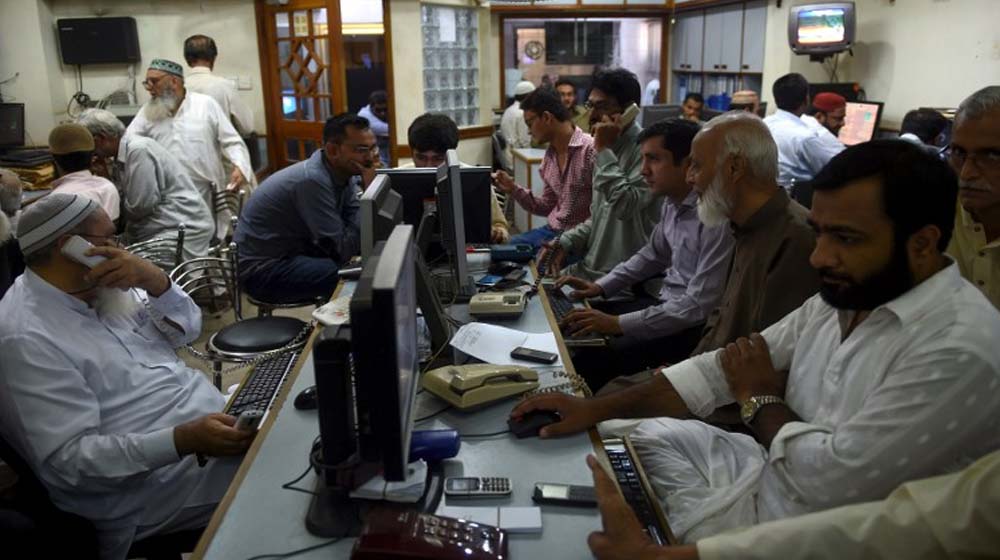 Bulls took control over the Pakistan Stock Exchange as the benchmark index went up to touch an intraday high of 1928 points to 33,257 level. 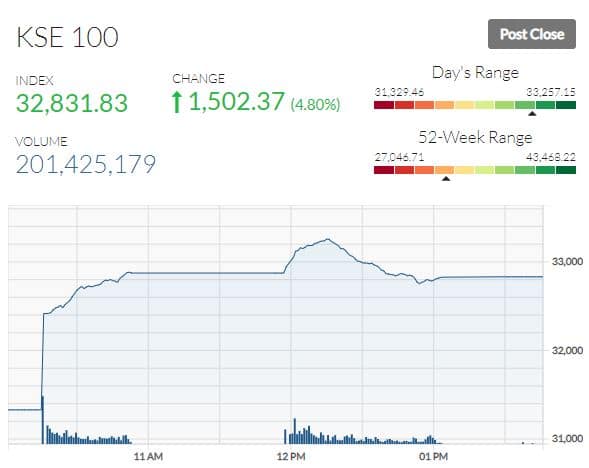 This development comes in a day after the State Bank of Pakistan (SBP) slashed the country’s policy rate by 200 points in a surprise move.

Samiullah Tariq, Head of Research at Arif Habib Ltd said the market turned bullish due to multiple positive news including a 2% lower policy rate, with rescheduling of external debt by G-20 nations and appreciation of Rupee against USD.

It is the highest single-day increase since October 2018

The investors welcomed the decision of the SBP to cut the policy rate with IMF’s approval to provide a rapid facility fund to Pakistan of almost $1.3 billion as well. This boosted the investor’s confidence with buying seen across the board.

Following the resumption of trading, the market saw a huge rally with the index regaining almost more than 1900 points during the intraday.

SBP in an emergency meeting of the monetary policy committee had reduced the country’s policy rate by 200 points to nine percent for the third time in less than a month.

“But this new born enthusiasm will face resistance near 34000 – 35000 range because of a slowdown in aggregate demand and worsening pandemic situation. The elephant in the room is still COVID 19. If we don’t deal with it well, even a further cut in discount rate would not create aggregate demand in the economy,” noted Jafri.

A.A.H Soomro, managing director at Khadim Ali Shah Bukhari Securities noted that the market was universally green near upper circuits owing to a surprise 200 bps cut. This is a mega stimulus. “The long term yields are falling to single digits and risk-taking is warranted. Local institutions are going to allocate more chips to equities. A quick re-rating is in the sight,” he added.

Adnan Sami Sheikh, a senior market analyst noted that the surge was likely due to the cut in the policy rate. He anticipates that the market could rally to 36,000 level next week.