Reza told Bloomberg that Pakistan had already taken a number of reform steps to support its economy before the virus hit.

He stated that SBP had already stopped lending directly to the government and has switched to a market-based exchange rate. It has also taken other measures to improve external and fiscal imbalances to help shore up the economy’s defenses in 2019.

“The policy response during COVID-19 has been prudent,” he said.

We are absolutely ready to take more actions if there is a need.

SBP is determined to protect the economy with all the tools that are available with the central bank. It expects the South Asian economy to shrink 1.5% in the fiscal year ending in June, the first contraction in 68 years, as the coronavirus pandemic pushes the global economy toward the worst economic downturn since 1929.

The SBP has already cut 425 basis points of rate cuts this year, which is one of the largest cut in the policy rates in the world. 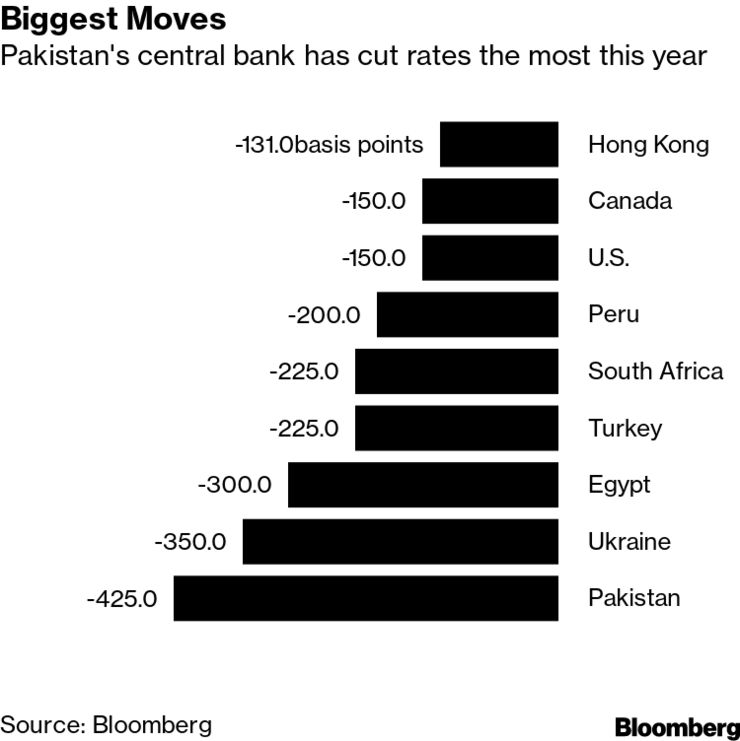 “For emerging markets, the great global lockdown has been the mother of all external shocks,” said Baqir.

Among EM, the problem is particularly exasperated for high debt emerging markets because they have limited policy space to undertake expansionary policies.

SBP also offered support to businesses by allowing up to a one-year moratorium on some loans. The program has so far benefited about a quarter of a million borrowers whose combined loans exceed 1 trillion rupees ($6.2 billion). Besides, it is also giving businesses credit at half the policy rate to prevent them from laying off workers.

These measures have helped reverse a sharp slide in the rupee since last month. The currency gained 4.2% in the past week to around Rs. 160 a dollar.

“We have several areas we are working on, and refining them in light of development,” Baqir told Bloomberg. “It is more appropriate to talk about them once we feel the situation is such that we need to do more,” he added.

South Asia’s second-largest economy is on lockdown for six weeks until the end of April to prevent the spread of coronavirus infections, which increased to more than 10,000 as of Wednesday. It is worth mentioning that some industries, especially the export-oriented ones, have been allowed to reopen.