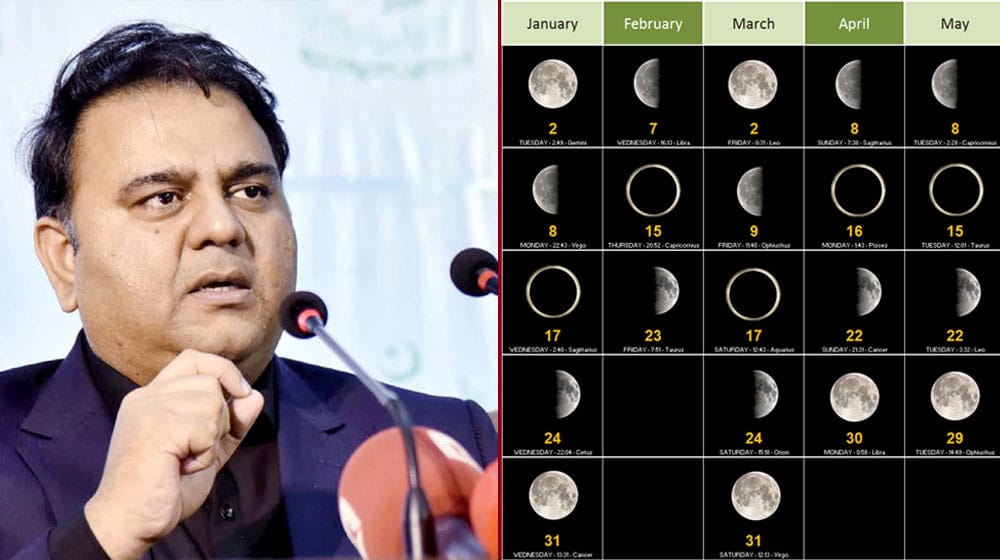 For the ‘first time in history’, a member from the ministry of science and technology has been appointed to the Central Ruet-e-Hilal Committee; the national body empowered with the moon-sighting mission.

The body is comprised of religious experts whose calls on moon-sighting are used to determine the start of Ramzan and other Islamic months. They are insistent on using a telescope to sight the moon. Recently, there had been a tussle between the committee and the ministry of science over the methodology for the moon-sighting with the former insistent on relying on “Shahadats” and the latter asking that scientific methods be used.

Fawad Chaudhry, the Federal Minister for Science and Technology while talking about the move said that this is a step in the right direction. While sharing the official notification he tweeted,“For the first time in the history of Pakistan, the Ministry of Science and Technology has been included in the Ruet-e-Hilal Committee.”

Samsung is Launching a Netflix Competitor for Galaxy Phones

He added that, “This is a step in the right direction. Religious events are based on unity and blessings and we want to move forward with the same sentiments.”

The move comes one day before they were set to convene to sight the moon for Ramzan. Earlier, this month Chaudhry had stated the moon would be sighted on 24th April as per the lunar calendar and there had been a plan for people to gather and sight the moon but it had been called off due to the corona virus pandemic.