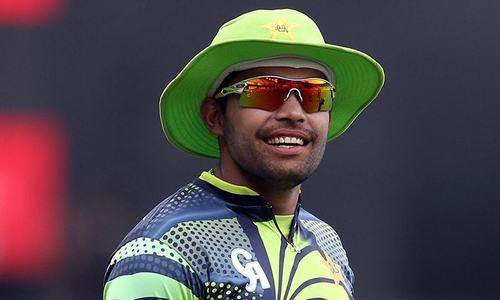 Umar Akmal is a meme material and his suspension from all forms of cricket for 3 years has once again triggered the Twitterati who are busy sharing their favorite memes on the subject.

Former cricketers are also bashing the cricketer for wasting his talent, claiming that his international career is over. They have also lauded the Pakistan Cricket Board (PCB) for banning the troubled cricketer for 3 years, saying he has himself to blame for this mess considering he is a senior player.

A Timeline of Umar Akmal’s Career of Offenses

Umar Akmal has always been a hot topic on Twitter and other social media platforms. Let’s have a look at some of the most hilarious posts on Twitter:

I couldn’t stop myself from sharing this.

Fans are waiting for his biopic.

Umar akmal, The told story
(The journey u no.. The man u don't )

After seeing this …
Ms dhoni:- pic.twitter.com/uBTD3Q0kaf

These had to be included after Umar’s mother from another brother gaffe.

I will come back again, because
"Quitters never quit and winners never win"
and I will be honest next time because
"Policy is the best honesty"
—- Umar Akmal https://t.co/uzJ1n5oI8I

Injustice umar akmal this with is pic.twitter.com/8oswwoaDuL

Umar Akmal's reaction after getting the news that he got banned for three years from all formats of Cricket.😂😂 pic.twitter.com/b0OCrpOhbM

The greatest of all time.

The GOAT, Umar Akmal banned for 3 years from all formats of Cricket.

This is really heartbreaking. We'll miss you legend. pic.twitter.com/JL8AUowkpQ

In a parallel universe.