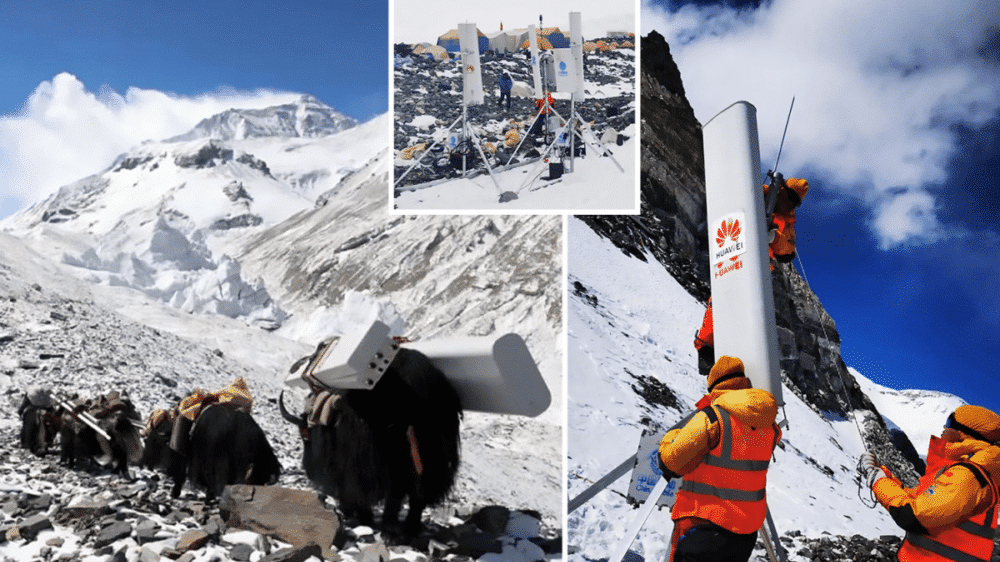 China Mobile Hong Kong and Huawei have jointly taken 5G connectivity to the highest-altitude base station to the north of Mount Everest. Built at an altitude of 6,500 meters, the highest 5G antenna installation in the world will enable China Mobile to run its dual Gigabit network.

The base station, along with previously built stations at altitudes of 5300 meters and 5800 meters, is designed to provide full coverage of 5G signals on the North Ridge as well as the Summit of Mount Everest. The network is being maintained by network specialists stationed 24/7 at the altitudes of 5,300 meters and above. 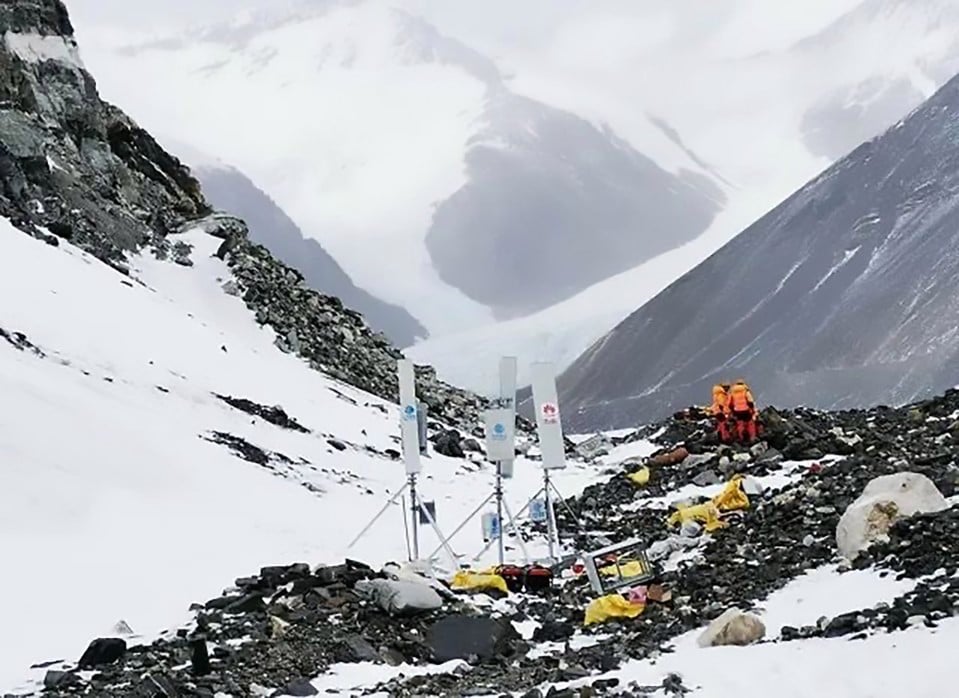 Huawei, while talking about the new venture, explained:

Technology means to make the world better.  The beauty of Mount Everest can be displayed via 5G high-definition video and VR experience, which also provides further insights for mountaineers, scientists, and other specialists in nature. The ground-breaking establishment on Mount Everest once again proves that 5G technology connects mankind and the Earth harmoniously.

Apart from this, Zhou Min, general manager of Tibet branch of China Mobile, told the media that the trio of basecamps would ensure telecommunication for the activities of mountain climbing, scientific research, environmental monitoring, and high-definition live streaming by providing download speeds that top  1.66 Gbps and upload speeds higher than 215 Mbps.

China Mobile Hong Kong revealed the project last month and recently announced its completion via a Facebook post. The team consisted of 150 engineers, network analysts, construction workers, and a couple of Yaks who lugged the 8-ton equipment to the highest base camp.

Approximately 25 km of fiber optic cables were laid as part of the project on top of the 177 km transmission trunk line and the route along with Everest.

The completion of this project coincides with the 60th anniversary of the first successful hike to Mount Everest from the Northern slope and the 45th anniversary of China’s first official accurate measurement of the peak’s height.