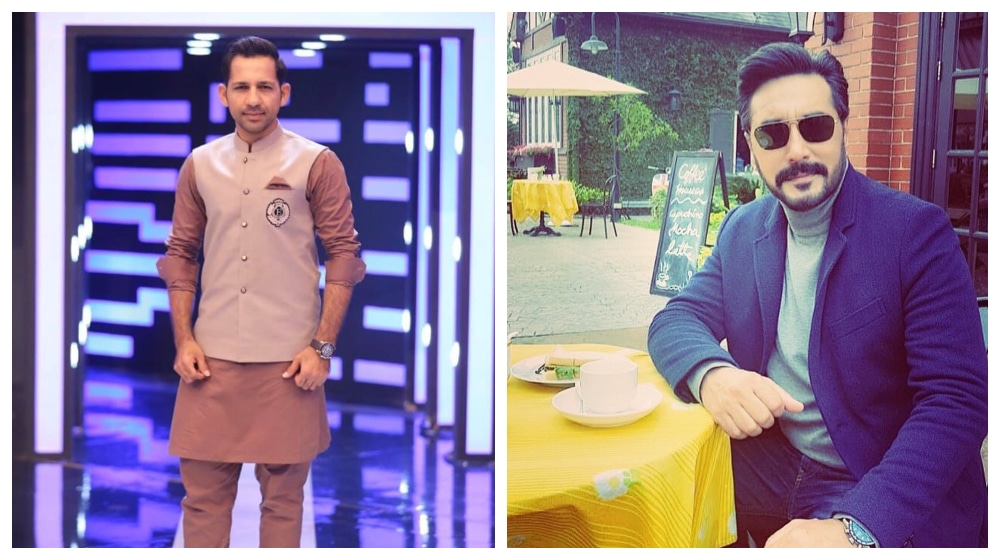 No one can change the way they speak. It’s natural and no one should be mocking others for their disabilities or impediments which is considered very insensitive and that is exactly what veteran actor Adnan Siddiqui did a few days ago on the sets of Ramadan transmission, Jeeto Pakistan League.

The renowned celebrity made fun of former Pakistan captain, Sarfaraz Ahmed’s speech impediment, during the show and has since been facing the heat for his insensitivity.

The two are captaining their respective teams on the show, however, things got slightly ugly when Adnan Siddiqui mimicked Sarfaraz Ahmed. While the Champions Trophy-winning captain didn’t say anything, his fans and Twitter users are not having it at all. They are bashing the actor for disrespecting a national hero on live TV.

Here’s how it all went down.

A few days back, Adnan Siddiqui called Aamir Liaquat’s joke on Irrfan Khan and Rishi Kapoor’s death as extremely callous, apologizing to their families in a length Instagram post. He regretted being a part of the show, however, he has now stirred a whole new controversy with his own act.

Azhar Ali Challenges Sarfraz, Babar & Others to Try and Beat Him [Video]

Let’s have a look at how social media is responding to him mimicking Sarfaraz:

If you are physically perfect that doesn't mean you make fun of other's people abnormalities You have no right to mock Sarfaraz Ahmed like this.This is so rude.#AdnanSiddiqui need to apologise pic.twitter.com/yecfg9YDhL

I strongly condemn actor Adnan Siddiqui behaviour with @SarfarazA_54 in @fahadmustafa26’s show, The host and Adnan both should learn some respect of our national heros. pic.twitter.com/RpLOIE3LLo

And he was the one naming and shaming aamir liqat. I guess we all have a ammir liqat inside us jo kbhi kbhi bhar nikal ata ha lol

@adnanactor you lost your respect in my eyes by doing such shameful act.. Everything is not to make fun of. Try to be a bit mature and understanding. I wonder why people rush to complain about infringing the personal space of these respectable actors then.

This is funny for you?
This is utterly shameless. We are doing this on national TV in the month of ramzan. And we have the nerve to call others kafir? We are calling for Allah's wrath.
I hate this country.