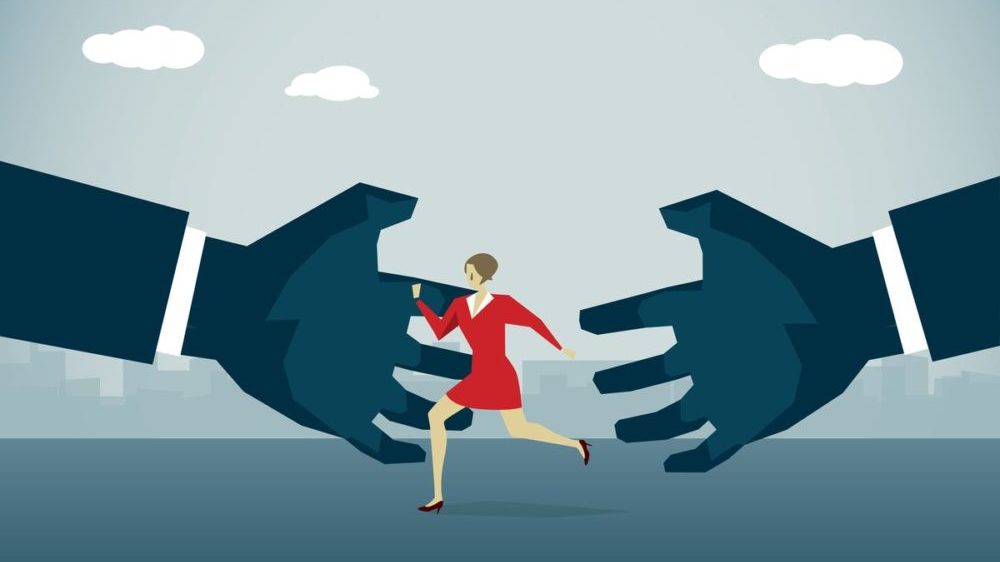 An officer in the Foreign Services of Pakistan has been dismissed by the federal government on charges pertaining to sexual harassment as well as abuse of authority.

A notification was issued in this regard which said, “Waqar Ahmad, a BS-18 officer, was charged with gross misconduct, conduct unbecoming of an officer and gentleman, conduct prejudicial to good order and service discipline, sexual harassment of local-based cleaner/messenger, abuse of authority, creating a hostile environment and unlawful termination of a local based employee while posted as First Secretary in the Embassy of Pakistan, Kyiv.”

The complete notification can be seen below: 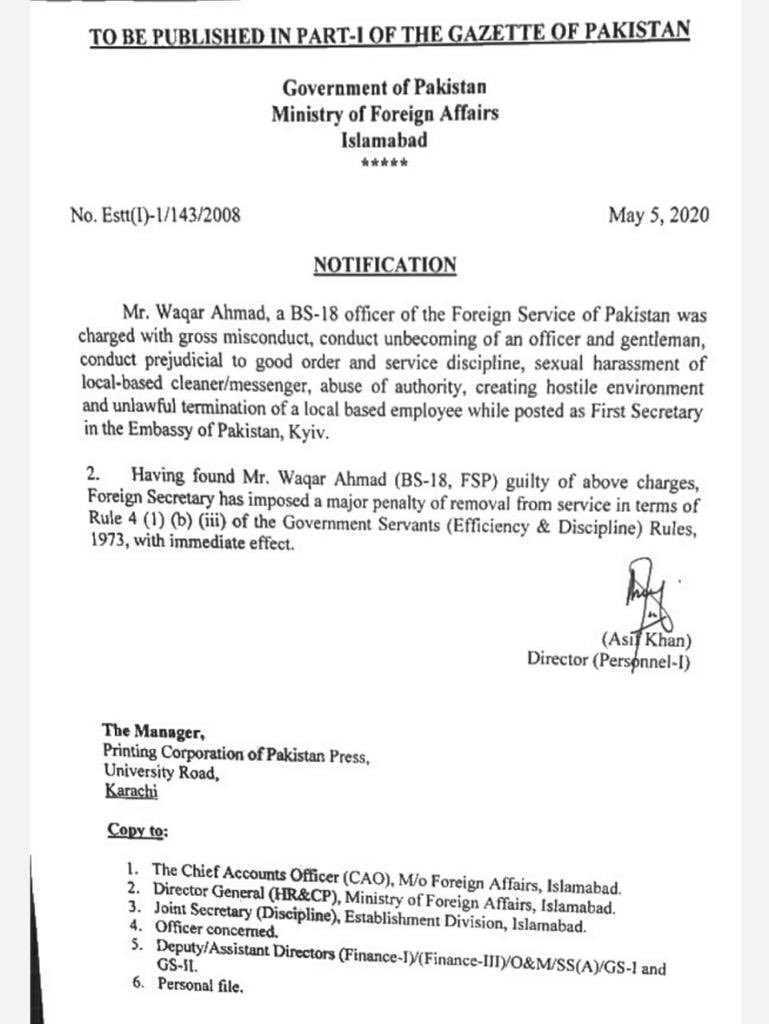 It further says, “Having found Mr Waqar Ahmad (BS-18, FSP) guilty of above charges, Foreign Secretary has imposed a major penalty of removal from service in terms of Rule 4 (1) (b) (iii) of the Government Servants (Efficiency & Discipline) Rules, 1973, with immediate effect.”

Officers posted at missions or embassies abroad are immune to the laws of host countries according to the law but the concerned ministry can open an investigation against them if a complaint is lodged against them with the government of Pakistan.

Sources said that a Pakistan Audit and Account Service officer had also been declared persona non grata by the Sweden government on violations of the law.