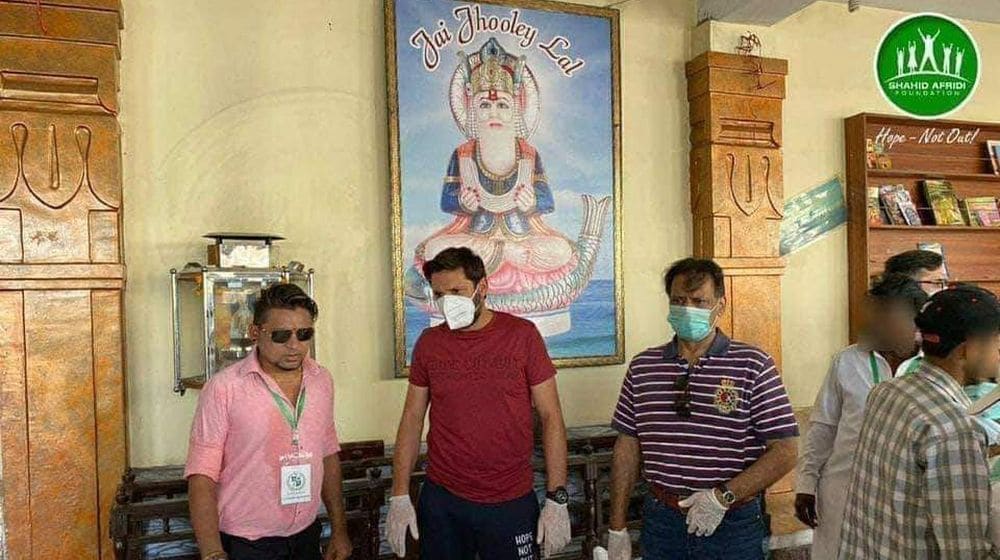 Despite the political tensions between Pakistan and India, cricketers such as Shahid Afridi and Yuvraj Singh believe that love knows no borders.

The two have been busy doing charity work in recent times and in the wake of the deadly coronavirus pandemic. Shahid Afridi is distributing food and other items of daily use among the less privileged. Earlier, Yuvraj Singh and Harbhajan Singh had also donated to Shahid Afridi Foundation, however, the former Indian cricketers had to face plenty of criticism from the masses for supporting a Pakistani charity.

Afridi has also reportedly donated $10,000 to Yuvraj Singh’s foundation, You We Can, in addition to using the donated amount from Indian cricketers to serve food to the needy Hindus in Pakistan, CricTracker reported.

Recently, pictures of star cricketer went viral on social media in which he was seen distributing food in Lakshmi Narayan Mandir in Karachi.

The novel coronavirus has claimed over 700 lives in Pakistan with a total of 32,081 reported cases. Other active cricketers including Ahmed Shehzad, Azhar Ali, Sarfaraz Ahmed and other have also been helping out the needy in these times of distress.