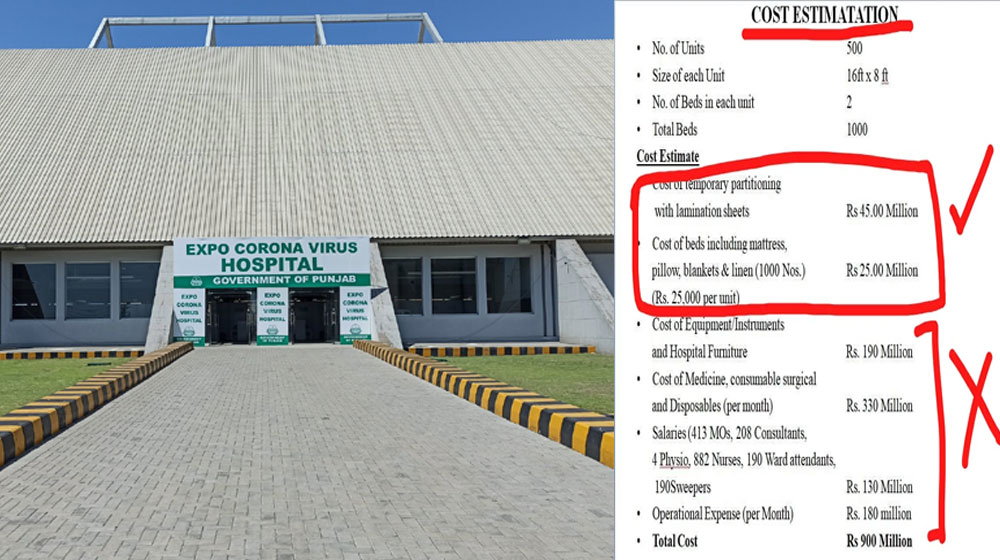 Punjab Health Minister, Dr. Yasmin Rashid, has categorically rejected reports related to alleged corruption in the Expo Centre Field Hospital in Lahore. The rebuttal came when she was addressing a press conference in Lahore regarding day-to-day updates on the COVID-19 pandemic in the province.

It had been reported that the bureaucrats had been looting money from the government in the name of the hospital which barely had any facilities.

Responding to the reports of alleged corruption in the project, the health minister confirmed that only Rs. 70 million, not Rs. 900 million, were paid to the administration to run the affairs. 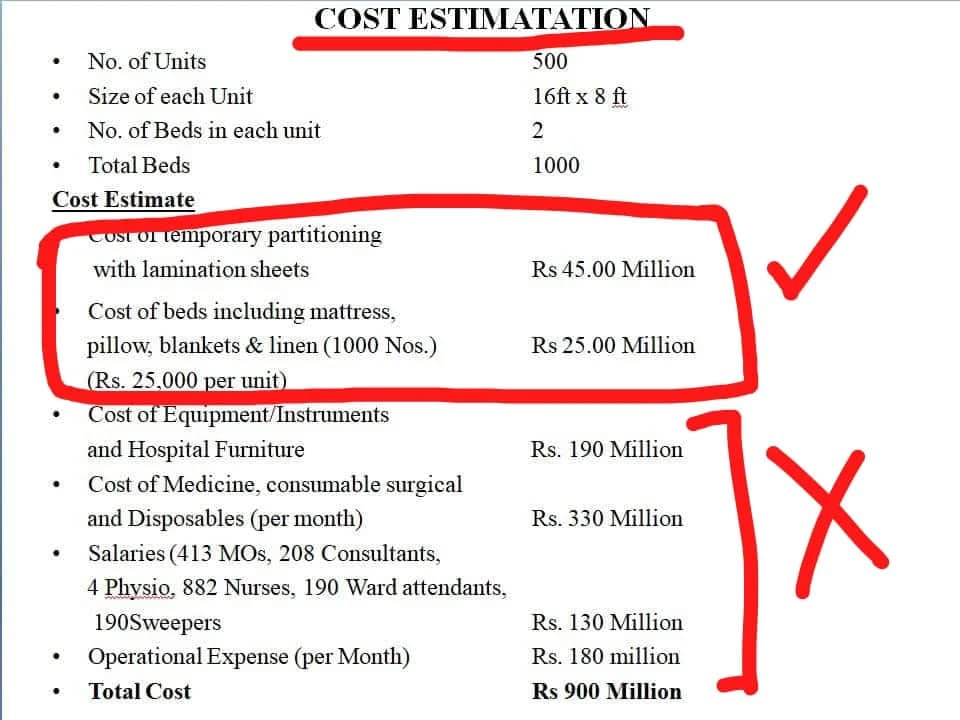 The Health Department has given away a cheque amounting to only 70 million to the district administration and its details, as shared by the Deputy Commissioner’s Office are presented here. According to their documents, the district administration has spent only Rs. 10.5 million on the partition whereas the estimated cost was kept at Rs. 45 million. The procurement of essentials was made at Rs. 10 million, far below the estimates.

She highlighted that even the support from philanthropists has been documented for transparency. She said whenever a government project is established, a third-party audit is carried out. In the case of the Field Hospital, the Resident Engineer NESPAK, Brig Saeed Malik, conducted an audit.

She asked the media to take the government’s narrative before running a story.

I request all not to spread rumors and stop misleading the public.

Dr. Yasmin said that such stories demoralize the district administration that worked a day in and day out to establish the 1000-bed hospital in record 9 days. The total payment released so far is just Rs. 20 million, she said, adding that about 490 patients were admitted to the facility out of whom 275 have recovered and returned to their homes.

Coronavirus Legacy: Survivors May Have To Face A Decade Of Bad Health

CEO Mayo Hospital Professor, Asad Aslam, who was accompanying the health minister, clarified that patients at Expo Centre were not protesting for the lack of facilities, but those (with mild or no symptoms) wanted to be shifted to their districts, which has been allowed now after undergoing necessary procedures.