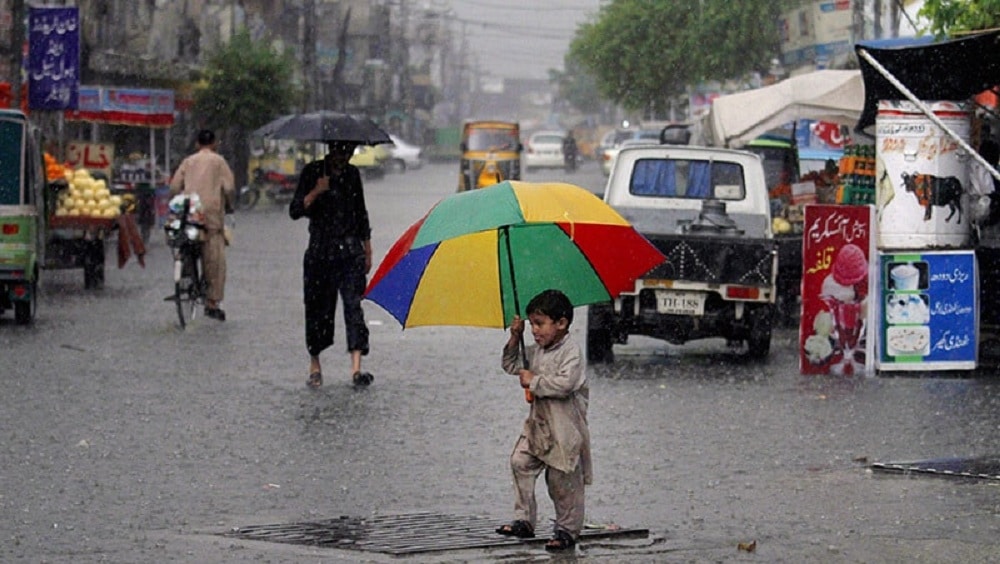 The Meteorological Department has said that post-monsoon season in the country is likely to begin earlier than usual this year.

An official of the Met office said that the post-monsoon rains in the country usually begin from July 16 every year. However, this time around, the season is likely to begin from late June, bringing down the soaring temperature across the country.

The official said that currently, the areas of upper Sindh and South Punjab are in grip of the heatwave. The weather, however, will improve in the coming days, thanks to approaching spell of gusty winds followed by rains.

He added that the monsoon current will enter from the Bay of Bengal, and will provide a respite from the scorching heat, adding that most part of June would witness sizzling heat.

In a separate development, the National Disaster Management (NDMA), issued an advisory for thunderstorms and heavy rains in the upper parts of Punjab and the Northern areas. The new spell of rains was due from late Thursday and will stay until Tuesday, it said.