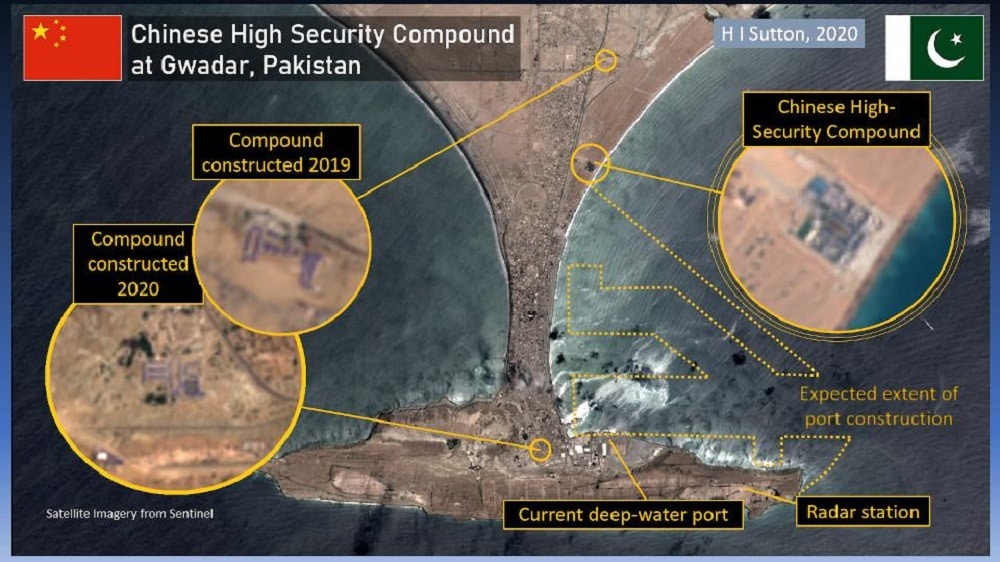 Recently published satellite images of newly established compounds of the alleged Chinese naval base in Gwadar demonstrate China’s strengthening foothold in the region. This was reported by Forbes yesterday.

If materialized, the naval base at Gwadar will complement China’s largest overseas naval base built from scratch in Djibouti on the Horn of Africa.

Reports of China building a naval fortress in Gwadar, a major port in China’s Belt and Road Initiative (BRI), first surfaced back in 2018. However, the reports have been never confirmed officially by China.

Here is the satellite image showing a high-security compound and two other smaller complexes.

Reportedly, the high-security compound is under the use of China Communications Construction Company (CCCC Ltd), a majority state-owned Chinese enterprise specialized in civil engineering projects.

The high-security compound is surrounded by anti-vehicle berms, security fences, and a high wall. Sentry posts and elevated guard towers cover the facility between the outer security fence and the inner wall.

While the naval base will fortify Chinese military capabilities in the Indian Ocean, the economic benefits of a fully operational Gwadar port will be much larger for Pakistan’s economy as it will stimulate a wide range of business activities.

Story and featured image via Forbes