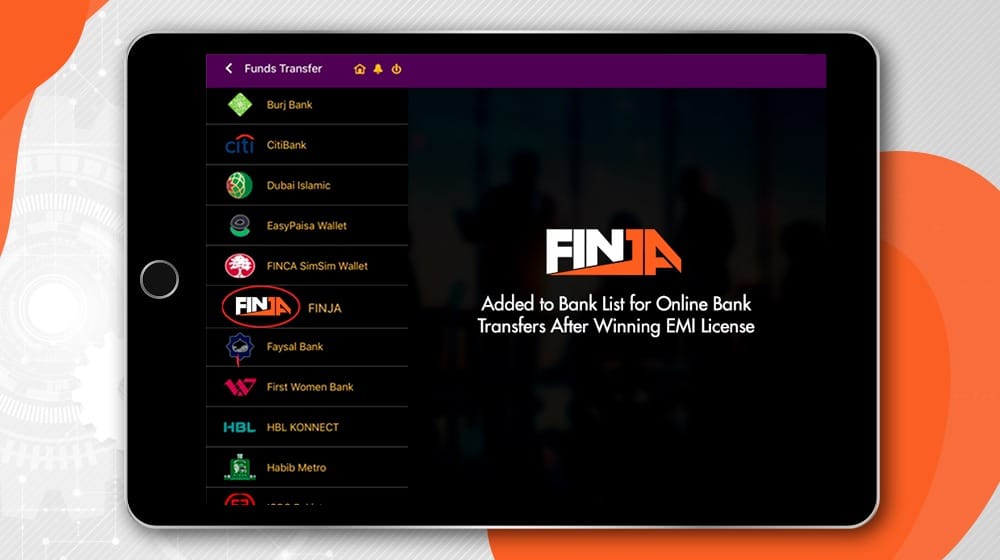 After becoming Pakistan’s first fintech to win an E-Money Institution (EMI) license pilot green light from State Bank of Pakistan, Finja has now also been added to the banks list for Interbank Fund Transfers from any bank or ATM in Pakistan.

This marks the first time a non-bank has been allowed this access and will allow Finja to quickly innovate new features to digitize businesses. Several banks have already added Finja to their Mobile apps with the rest following in the coming weeks.

Qasif Shahid, (CEO and Co-founder Finja) remarked, “Being a new age financial services platform we take pride in being friends to the banks, financial institutions and merchants offering customized solutions and leading the economy towards digitisation.”

Umer Munawar (COO and Co-founder) stated, “Finja products and services are tailored to fulfil the financial needs of the key drivers of the economy enabling them to interact digitally.”

Finja was co-founded by Qasif Shahid, Monis Rahman and Umer Munawar in 2016 and is backed by leading global venture capital funds including Sweden based Vostok Emerging Finance, BeeNext of Japanese origin, and Washington based Quona Capital.