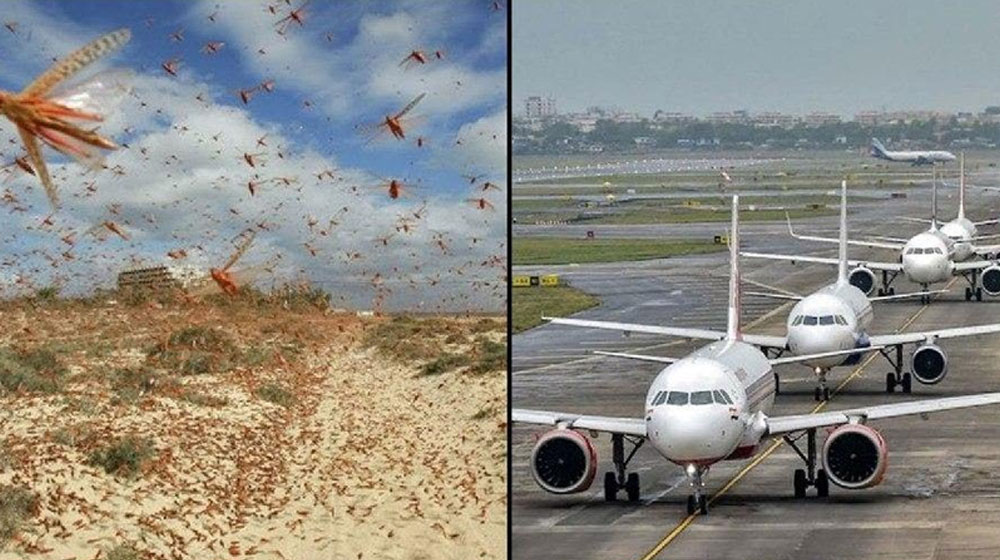 The Civil Aviation Authority (CAA) has suspended flight operations at Nawabshah Airport, now known as Shaheed Benazirabad Airport, in the wake of a locust attack.

In a brief statement, CAA said that the presence of millions of insects in the surrounding area poses a serious threat to flights. Operations will remain suspended until the swarm stays in the area.

Sirai Nisar Ahmed, the President Sindh Chamber of Agriculture, feared that the pests might destroy mango orchards and devastate onion, tomato, coriander, and other crops. He said that this year’s locust attack was more severe than last year, adding that it poses a significant threat to the agriculture economy and food security.

Lamenting the Sindh government and the Provincial Disaster Management Department (PDMA) for their lack of preparedness, Nisar said that agriculturists and farmers are on their own against the locust invasion.

Our farmers are on their own, sprinkling pesticides on their crops, but with a limited outreach.

Sirai highlighted that the insects have breeding grounds in the kutcha area along the Indus embankments, but authorities are doing nothing to stop them. He feared that the insects will start attacking crops as soon as they mature.

Nisar asked the Sindh government and PDMA to start taking measures to fight the locust infestation. He urged authorities to arrange light aircraft and pesticides to neutralize them in breeding zones.

He also requested Prime Minister Imran Khan to intervene, warning that if timely measures are not taken, the damage to cotton and other vegetable crops will be irreversible.