The fan looks like a typical handheld fan but has a built-in misting feature as well. It weighs only 155g and is designed to fit in small bags. The device is equipped with a stand-like handle as well. Hence, it can be placed on a flat surface like a mini pedestal fan. 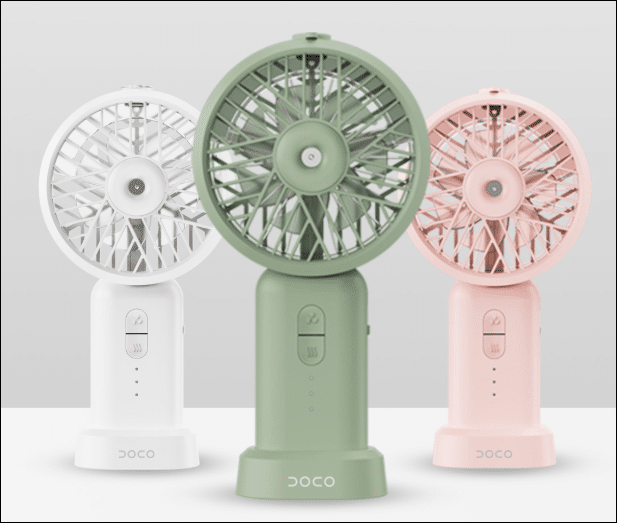 It is available in green, white, and pink colors.

Like most handheld portable fans, the Xiaomi Doco Ultrasonic Dry Misting Fan is powered by a DC brushless motor that operates very quietly, is very power efficient, and does not have any heating issues. According to the company, this motor has a 50% longer lifespan as compared to other regular motors. 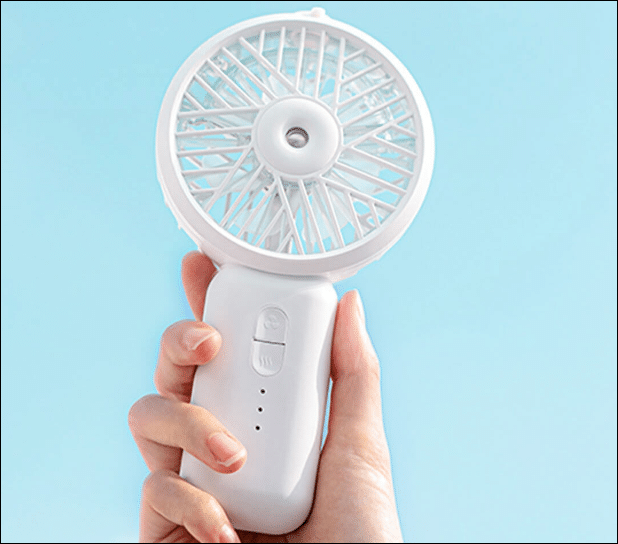 The device features three wind speed option with the following rotations per minute:

The misting speed can also be adjusted. When turned on, the misting feature can reduce the wind’s temperature by 3 degrees. 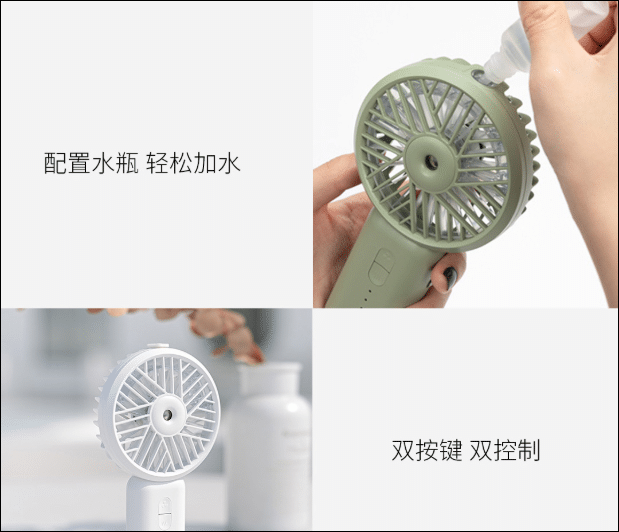 The fan is equipped with a centrifugal misting system that produces a fog of water droplets that induce a cooling effect but do not cause dampness in the surrounding areas.

The Doco ultrasonic dry misting fan is fueled by a 2000mAh lithium battery that provides 12 hours of the functionality at low speed, 9 hours on medium, and 3.4 hours on full blast, when fully charged.

The product is currently available on Xiaomi’s Youpin platform in China and costs around $10. We are unsure whether it will be sold on Xiaomi Pakistan’s website or not.