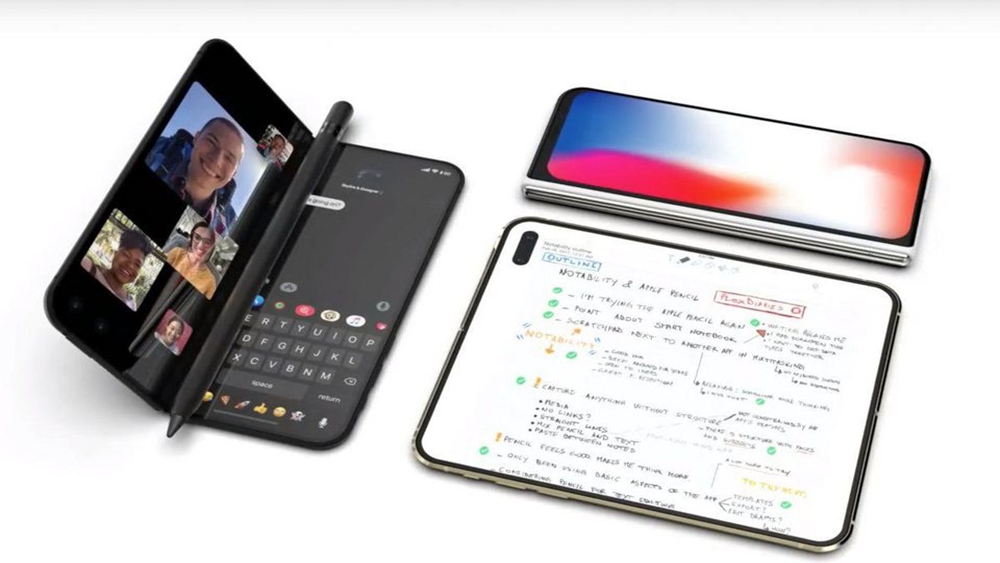 It looks like Apple has finally decided to jump the folding phone bandwagon but from a completely different angle.

According to a tech analyst and a famous tipster Jon Prosser, the Cupertino is working on a foldable phone that is not actually a folding phone. It appears that the Smartphone will feature two separate panels that are connected using a hinge mechanism, much like what we saw in the LG G8X Dual.

As far as the external design of the smartphone is concerned, according to the tweet, it resembles iPhone 11 with similar curved stainless-steel edges.

The current prototype has two separate display panels on a hinge.

Prosser also detailed that the tech giant will ditch the notch, and all components for Face ID will be housed on the external display.

The memes are funny — but it doesn’t look like they just stuck two phones together. Even though they’re two separate panels, when the displays are extended, it looks fairly continuous and seamless.

This makes complete sense considering all foldable Smartphones launched till now come with a crease in the center, which is a turn off for many users.

Other than this, there’s no news regarding the internals and launch of Apple’s first folding smartphone. However, we’ll hear more about the phone in the coming weeks as Apple’s September event draws closer. Watch this space for more on Apple’s foldable phone.