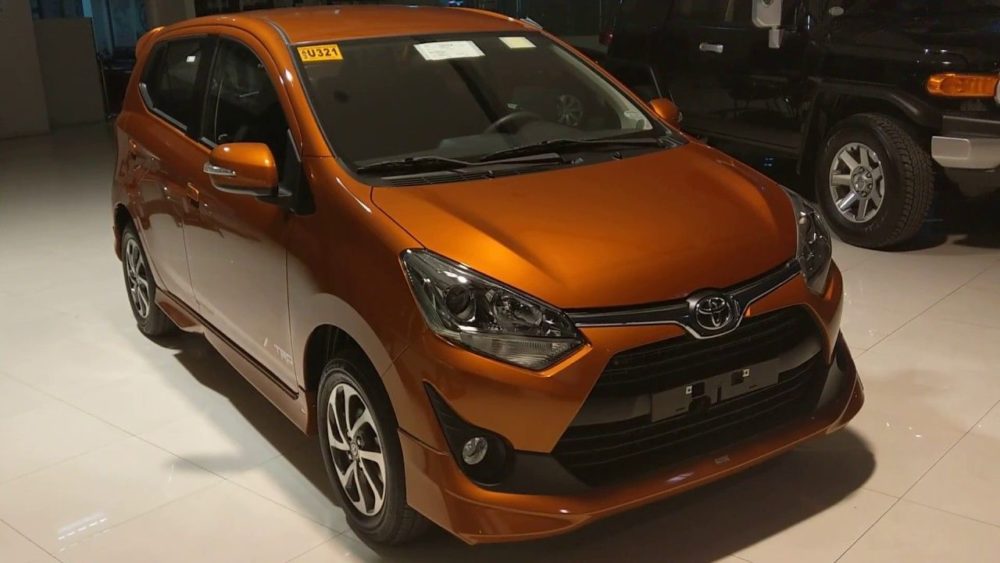 After a lot of speculation and teasers of the facelift, Toyota finally gave the Philippines the new Wigo, a mini hatchback that is among the most loved cars in the market due to its compact size, easy to live with nature, and of course, the gold-standard Toyota reliability.

The new edgier look of the car makes it look a lot livelier than the outgoing model. However, since the car sits on Daihatsu’s global A-segment platform, which is used in a vast majority of Toyota-Group’s mini hatchbacks, it shares a lot of similarities in the looks department with the Daihatsu Mira.

The car can be had in 4 trim levels:

Much like Pakistan, the Philippines has some of the busiest roads in the world, where one would be much better off driving a compact car. Hence the car’s popularity in the region as it is a small comfortable and reliable compact hatchback that can get a person from point A to B in ease, comfort, and style.

On the front, the car features new headlights, a sleeker grille, and a much aggressive and more pronounced front bumper. The rear seems a bit too busy for a compact hatchback, however, with aggressive taillights extending onto the hatch.

The rear bumper – on the TRD S trim – feature two reflectors and a bunch of fake vents that are a bold design choice, to say the least. For better or for worse, that is up to the people to decide.

The said engine can be mated to either a 5-speed manual or a 4-speed automatic transmission, depending on which variant one opts for. The performance figures seem quite similar to the all-new Suzuki Cultus that is being offered in Pakistan.

Being a baby-Toyota, the car is only equipped with the most basic features. The base E trim-level offers manually adjustable side mirrors and a single DIN stereo system.

The G and the TRD S includes some additional features such as modern infotainment systems with sat-nav capability, that comes with both Apple CarPlay and Android Auto and the additional Bluetooth, USB, and aux-cable connectivity.

All variants of the Toyota Wigo get driver and passenger airbags, ABS, 3-point seatbelts, and child-lock protection as standard.

Toyota Wigo has won multiple awards for being the favorite and the top-selling car in the Philippines. Again, much like Pakistan, the Philippines population is majorly composed of young adults, who are the key audience for this car.

Given that it’s a Toyota, there can be no question about its reliability, plus there is a huge market for a car like this in Pakistan. Therefore, with the aforementioned similarities between the two markets, their tastes, and needs, Wigo seems like it would make itself at home fairly quickly if Toyota IMC were to launch it here.