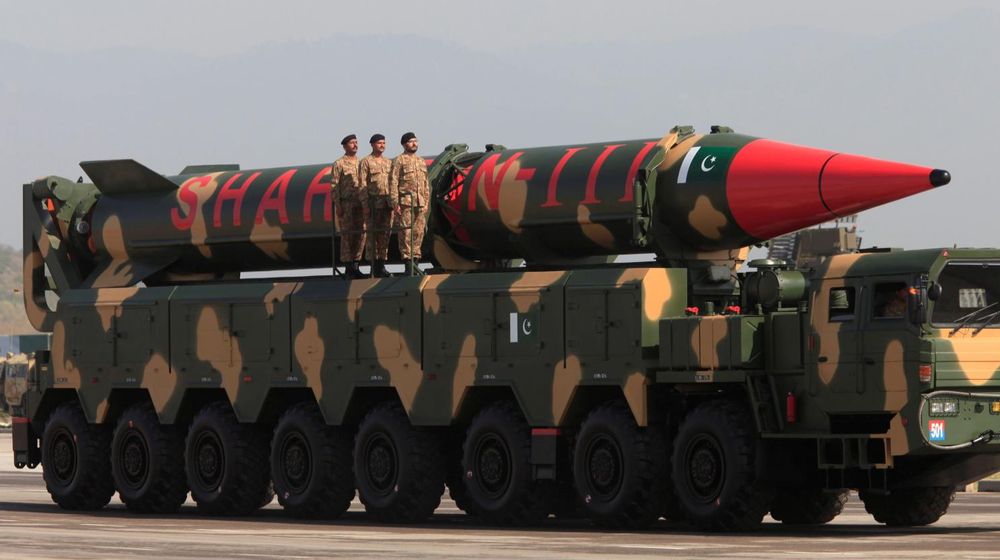 Pakistan has an upper hand in terms of nuclear weapons and warheads against India with China taking the lead in the region.

This was revealed by a report published by the Stockholm International Peace Research Institute (SIPRI). SIPRI is an independent international institute dedicated to research into conflict, armaments, arms control, and disarmament. Established in 1966, SIPRI provides data, analysis, and recommendations, based on open sources, to policymakers, researchers, media and the interested public.

The SIPRI Year Book 2020 stated that Pakistan’s nuclear weapons and warheads are still higher, at 160 as compared to India. India also increased its nuclear weapons last year from 130-140 to 150 but still remains behind Pakistan.

“The governments of India and Pakistan make statements about some of their missile tests but provide no information about the status or size of their arsenals,” the Stockholm-based think-tank said in its report.

China now publicly displays its nuclear forces more frequently than in the past but releases little information about force numbers or future development plans, said the report.

Among nuclear nations, Pakistan ranks sixth with 160 nuclear warheads, the report stated, calling it a significant development in terms of beefing up its arsenal.

The nuclear arsenals of the other states are considerably smaller but all the states are either developing or deploying new weapon systems or have announced their intention to do so. China is in the middle of significant modernization and expansion of its arsenal, and India and Pakistan are also thought to be increasing the size of their nuclear arsenals.

The report said that China’s nuclear warhead count is around 320, which is double of India, and the country is also expanding its inventory.

At the start of 2020, nine states—the United States, Russia, the United Kingdom, France, China, India, Pakistan, Israel, and North Korea—possessed approximately 13,400 nuclear weapons, of which 3,720 were deployed with operational forces. Approximately 1800 of these are kept in a state of high operational alert.

On a positive note, there is currently no deployment of nuclear warheads in the South Asian region. The report said that India and Pakistan are increasing their arsenal considerably.

Other warheads include operational warheads held in storage and retired warheads awaiting dismantlement, said SIPRI. All estimates are approximate and as of Jan. 2020. SIPRI revises its world nuclear forces data each year based on new information and updates to earlier assessments

The raw material for nuclear weapons is fissile material, either highly enriched uranium (HEU) or separated plutonium, said the report.

North Korea has produced plutonium for use in nuclear weapons but is believed to be producing HEU for nuclear weapons as well. All states with a civilian nuclear industry are capable of producing fissile materials, claimed the report.