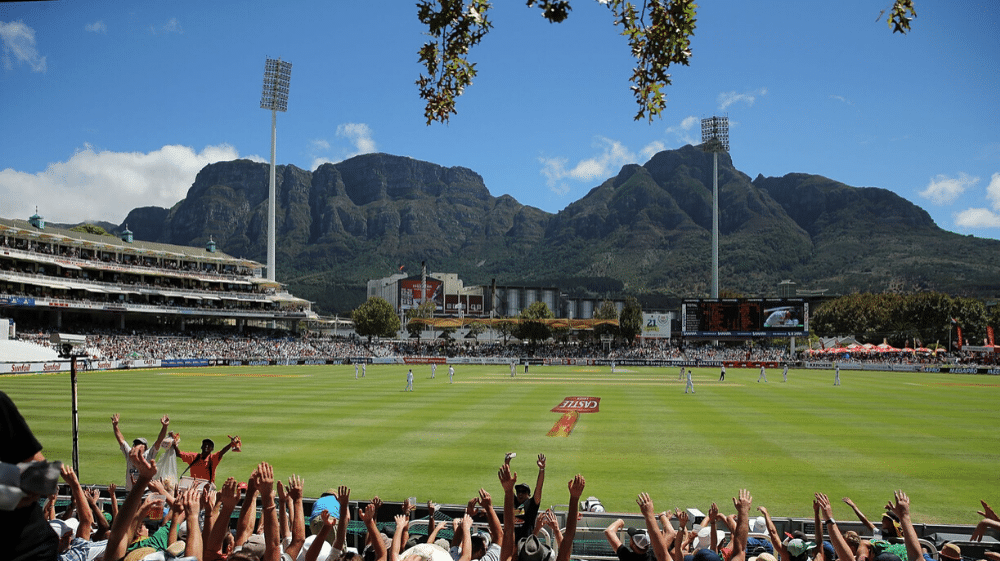 At the forefront of this heritage come the stadiums. Stadiums are the temples of their sports and to visit them is a once in a lifetime opportunity for many and a privilege for many others.

From vibrant colour to historical moments, I’ve picked out 10 best cricket stadiums in the world. Important aspects such as history, capacity, iconic moments and of course the beauty have been kept in mind while making this list.

The ground possesses a jacuzzi area and a large picnic area. Given a $45 million makeover for the 2007 World Cup, the ground has hosted several Test matches and plays homage to several legends of the West Indian game.

One of the most hostile cricket stadiums around the world, Eden Gardens is located in the city of Kolkata and has been center of international cricket since 1934 when England played India. It is the 2nd biggest ground in the world just behind Melbourne cricket ground. Eden Gardens posses a capacity of 68,000 and hosted some of the great games in world cricket famously that 1987 World Cup between Pakistan and India, which India won by 2 wickets.

On the other hand it has been the center of some worst cricket sportsmanship failures. Infamous for the crowd behavior during the 1996 world cup semi-final between India and Sri Lanka, where Sri Lanka was given the victory when the match was called off due to crowd revolts after a collapse in Indian batting.

The Oval is one of the most iconic and historic cricket stadiums. It was the venue for the first-ever Test Cricket Match in England that was against Australia and over the years many memorable Ashes matches have taken place at this stadium. It was built in 1854 and has a capacity of 25,000.

Apart from cricket, The Oval was also the venue of the first-ever FA Cup final.

Dharamsala stadium was built in 2003 in the hometown of Dalai Lama. The stadium is absolutely beautiful, with snow covered mountains in the backdrop. It has a capacity of 23,000.

One of the most beautiful stadiums in the world. Queenstown stadium is located nearby Queenstown International Airport’s Runway threshold affording amazing views of large aircrafts taking off and landing. It was built in 1997 and has a capacity of 19,000.

At number 5 in our list Sydney Cricket Stadium in Australia which is also known as SCG. The SCG is a multi-sport stadium that hosts international cricket matches along with AFL and rugby matches.

A really popular venue since its establishment in 1864 and has a capacity of 48,000. It has been the scene of many memorable matches and also a controversial racism incident involving Harbhajan Singh and Andrew Symonds.

Overlooked by the stunning Devil’s Peak and Table Mountain, Newlands is considered as one of the most iconic grounds in the world.

Built in 1888 Australia are the only side to have beaten the South Africans there since 1962 making it one of the hardest grounds to play in the world. It was also the site of 2018’s infamous ball-tampering scandal. It has a capacity of 22,500.

The Adelaide Oval is a ground where modernity has embraced traditions and created a ground that is every bit part of the 21st Century whilst retaining its near 150 years of history. The scoreboard has been in use since 1911 and the ground is regarded as the birthplace of The Barmy Army, the England supporter’s club.

It was the host of the first ever Twenty20 international between Australia and New Zealand as well as the first day-night Test match. It was built back in 1871 and has a capacity of 51,000.

The MCG is not only the biggest cricket ground in the world but also the first to host a Test match or an ODI. It was built in 1853 and can host a massive 100,024 spectators.

It has the largest light towers in international sports and hosts the annual Boxing Day Test — one of the biggest and most iconic events in Australia’s sporting calendar.

As well as hosting World Cup finals in 1992 and 2015, it has seen its fair share of cotnroversy, the underarm bowling incident of 1981 when Australia bowled underarm to prevent New Zealand hiting a six of the last ball to win and umpire Darrel Hair giving seven no-balls in three overs to Muttiah Muralitharan of Sri Lanka for “chucking” — an event which was to overshadow the spinner’s illustrious career.

There was no way this ground was not going to be number 1 on the list. The Pavilion alone may have reached it. Like the Adelaide Oval, this is where innovation meets history.

The MCC with their 23,000 thousands and iconic yellow and red colours, their ownership of the laws of the game and possession of the world’s oldest sporting museum containing the original Ashes urn and more cricket memorabilia than you can imagine makes this ground rightfully “The home of cricket.”