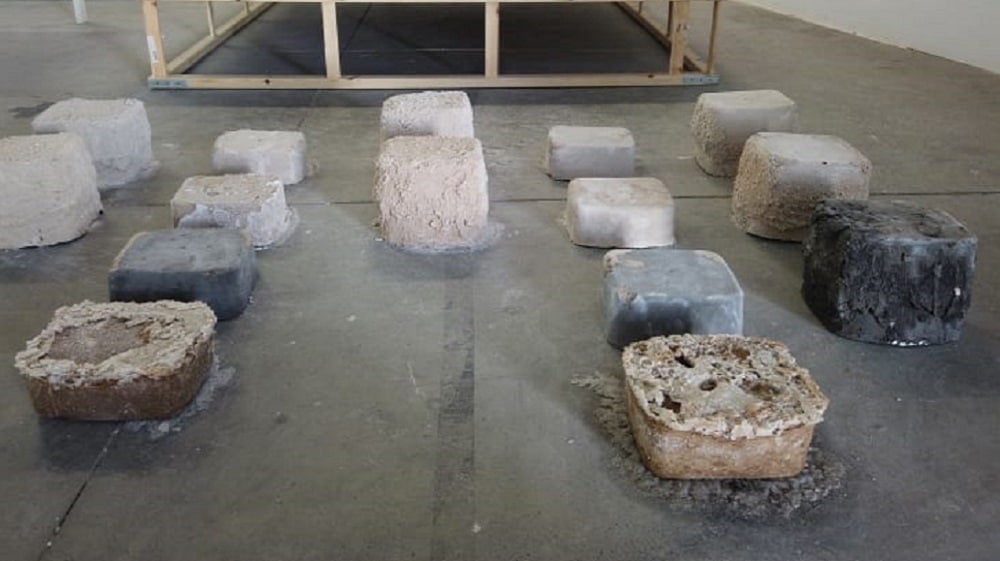 Dubai-based architects have made a cement out of the salt extracted from UAE’s desalination plants.

Wael Al Awar and Kenichi Teramoto, principal architects at Waiwai, are the 2 masterminds behind the invention that could potentially set the construction industry free from the conventional building practices.

The architect duo drew inspiration from the UAE’s mineral-rich Sabkha, a coastal sand flat in which evaporite-saline minerals accumulate as a result of the arid climate.

Sabkha was used for construction purposes centuries ago; Siwa, a medieval Egyptian town at Libyan border was developed using Sabkha.

However, the Waiwai architects turned their attention to waste brine, a byproduct of the UAE’s desalination plants containing minerals similar to Sabkha.

The country has been exploring ways to dispose of waste brine without harming marine life. In this regard, the UAE, earlier this year, launched the Rethink Brine Challenge with a grand prize of 2.5 million AED ($930,000).

According to Wael Al Awar, waste brine contains magnesium minerals in large quantities. The team first extracted a magnesium compound from the brine and used it to make the cement.

The cement was then cast into blocks of different shapes and sizes that were placed in a CO2 chamber to set.

The innovative product has been subjected to different tests to determine its strength and rigidity.

Al Awar claims that the cement can be used to build a single-story structure at any given time and place. The architect is hopeful to enhance the product more to be used in multi-level buildings.

Al Awar has asserted that Waiwai’s magnesium-based cement can be an alternative to Portland cement, the calcium carbonate-based cement used widely in construction.

Professor John Provis, deputy head of the Department of Materials Science and Engineering at the UK’s University of Sheffield, has called the magnesium-based cement a really good idea.

These brines are a pain to dispose of. They are taking local waste and doing cool things with it. I think it’s a really nice synergy there.

Moreover, conventional cement production accounts for 7% of the world’s total CO2 emission. While the carbon footprint of magnesium cement has yet to be ascertained, the Waiwai cement will certainly help to build a more sustainable and ecologically friendly architecture compared to Portland cement, said Prof. John.

As exciting as it may sounds, the magnesium cement has its fair share of limitations. For starters, the salt-based cement can corrode steel reinforcement, causing the bond strength between cement and reinforcement to diminish over time.

The magnesium cement will be formally unveiled at the UAE National Pavilion at the Venice Biennale of Architecture in May 2021.

Although the pavilion will be made from the magnesium cement, it will not be brine-based as the researchers believe the product should pass the process of trial and error before scaling up the production.