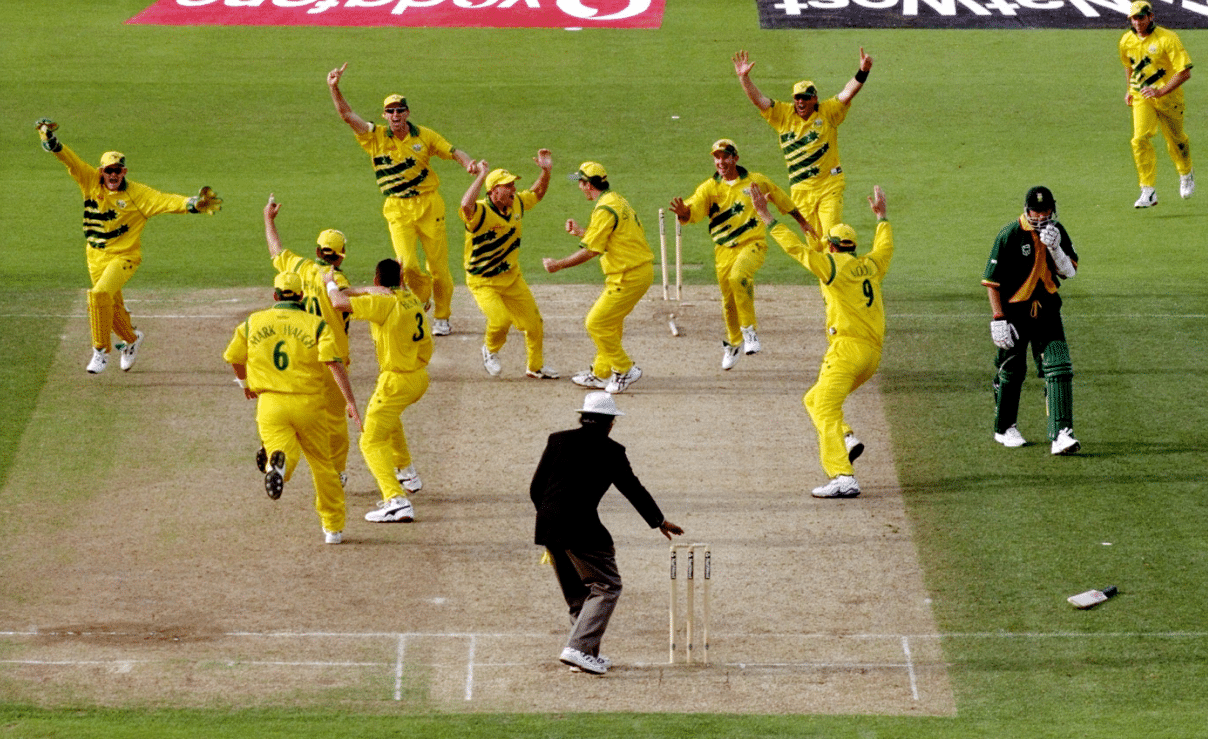 The lines are hard to forget and still echo in our ears whenever the talk of cricket’s golden moments comes up. The match is the historic 1999 Cricket World Cup 2nd semi-final played between South Africa and Australia. South Africa needs to win the match to be able to enter the finals against Pakistan, while Australia can make its way to the finals even with a tie.

It’s the last over, the ultimate decider. Damien Fleming is the bowler. South Africa is batting at 205 for 9, needing just 9 more runs to win. The players at the crease are Lance Klusener, at strike, and Allan Donald, at the other end. The 1st ball comes and Klusener cover drives it away to the boundary for four runs. Fleming bowls the second ball and Klusener, scores another boundary; he’s at 31 runs off just 14 balls. 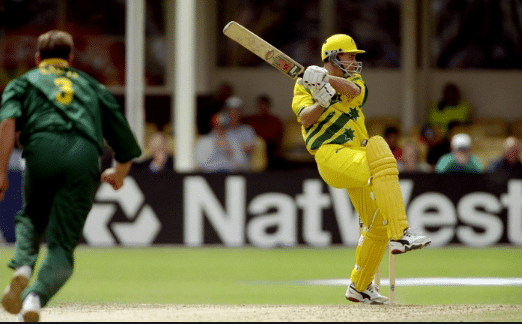 South Africa have 3 balls in hand and only one more run to score to make their way into the finals. Although there are no more wickets to be lost, the win looks almost certain for South Africa.

Then comes the fourth ball, and the tables are turned. Klusener mis-hits and goes for the run despite high chances of a run out and two balls still remaining. At the other end, Donald, who is watching the ball instead of the partner, fails to hear the call for a run. Having dropped his bat in panic, Donald is run out. The game is tied, and Australia have made it to the finals.

“There it is, this will be out surely – oh it’s out, it’s gonna be run out…oh, that is South Africa out – Donald did not run, I cannot believe it. Australia go into the World Cup Final – ridiculous running with two balls to go. Donald did not go, Klusener came – what a disappointing end for South Africa. What a match for our viewers right around the world,” said Bill Lawry, commentating on the final ball.

South Africa had won the toss and chose to field first. With the help of two half-centuries from Michael Bevan and Steve Waugh, Australia managed to score 213 on the board. From South African side, Shaun Pollock and Allan Donald sent back 9 top-order batsmen; Allan Donald took 4 for 32 while Shaun Pollock took 5 for 36.

In response, South African openers Kirsten and Gibbs stared well but later fell at regular intervals. Kallis’ 53 of 92 and Rhodes’ 43 of 55 relived the match and then Klusener 31 of 16 moved South Africa closer to the target. Shane Warne took 4 for 29 and bagged the man of the match award.

The misjudgment from Allan Donald and Lance Klusener cost South Africa, the most favorite team of the tournament, the World Cup of 1999. The semifinal was decided on the basis of the last match where both teams faced each other in a super-six stage and Australia beat South Africa by 5 wickets.

In its report, the Wisden Cricketers’ Almanack declared the match as one the best one-day internationals of the 1,483 so played so far. Steven Waugh called it the best game he has played. In 2004, The Sydney Morning Herald ranked it as the 20th-biggest moment in Australian cricket.

It’s already been 21 years but the memories of the match are still as fresh as it happened just yesterday. To this day, Bill Lawry’s words coming out of Birmingham’s famed Edgbaston Cricket Ground continue to enthrall cricket enthusiasts around the world.