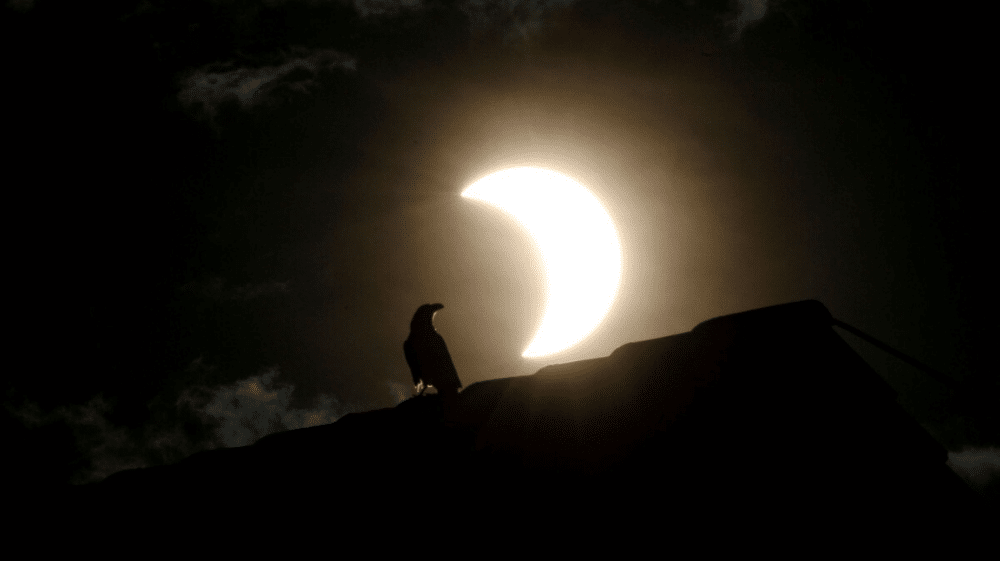 A solar eclipse takes place when the Moon is aligned right in the middle between the Sun and the Earth during its orbit, blocking the light of our host star. The Sun’s light appears as a burning ‘ring of fire’ from behind the shadow of the Moon. That’s exactly what happened on 21st June 2020.

While not everyone around the world was able to view the event, it was visible either in its entirety or as a partial solar eclipse to potentially millions of spectators across Pakistan, the Democratic Republic of the Congo, Central African Republic, South Sudan, Sudan, Ethiopia, the Red Sea, Yemen, Saudi Arabia, Oman, the Gulf of Oman, India, China, Taiwan and northern Australia had a front-row seat for the stellar performance.

For those who weren’t able to witness it in person, we can still observe this rare event in stunning photos captured by stargazers across the world.

A man observes the partial solar eclipse in Dubai, UAE

Time lapse image of the total solar eclipse as captured from Xiamen, China.

A man watches an annular solar eclipse through X-ray film in Lahore, Pakistan.

A view of the solar eclipse captured by astronaut Chris Cassidy from onboard the International Space Station, which flies approximately 250 miles above Earth.

The partial solar eclipse is seen through in Shenzhen, in China’s Guangdong province.

The partial solar eclipse is projected on a man’s hand through binoculars, in Nairobi, Kenya

A crow stands on a roof as a partial solar eclipse is observed in Nairobi, Kenya.