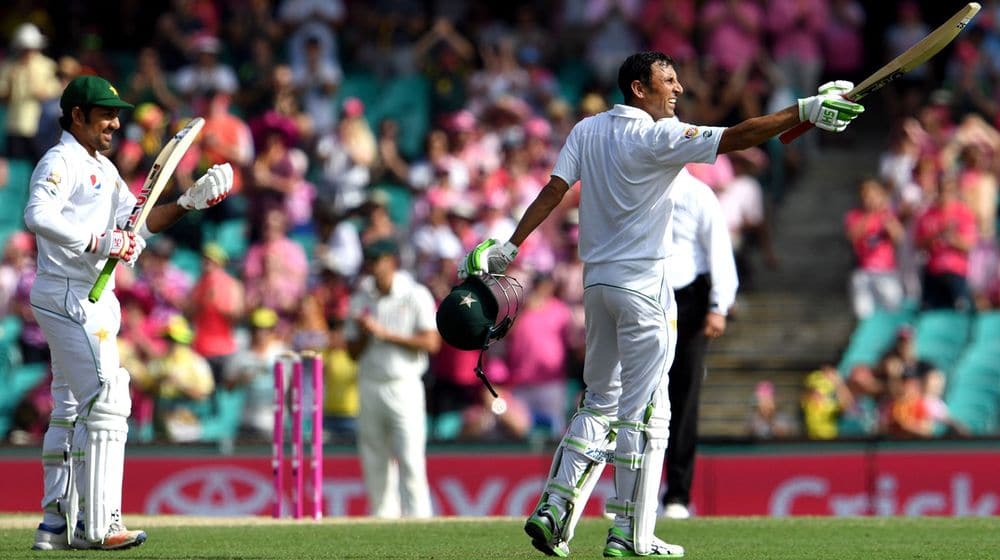 Former Pakistan batting coach from 2014-2019, Grant Flower, has recalled an incident involving Younis Khan, the greatest batsman to have represented Pakistan in the longest format, when he held a knife to his throat.

The former Zimbabwean cricketer made the startling revelation while speaking on the Following On Cricket Podcast alongside his brother Andy Flower. In response to a question regarding tricky characters he has coached during his career, Grant Flower named Younis Khan and Ahmed Shehzad.

Younis Khan… quite tough to master. Obviously, a brilliant career. I remember one incident in Brisbane, during the Test, at breakfast, I tried to give him a bit of batting advice, not that my career was anywhere near his regarding stats, as he is the highest scorer in Pakistan Test cricket.

“But he didn’t take kindly to my advice and brought a knife to my throat, with Mickey Arthur sitting alongside, who had to intervene”, Grant said. “Yeah, it’s been interesting. But that’s part of coaching. It makes it a hell of a journey, and I’ve really enjoyed it. I’ve still got a lot to learn, but I’m very fortunate to be in the position I am”, he continued.

Talking about Shehzad, the Sri Lankan batting coach said that he was quite rebellious despite being a skillful batsman.

He’s a very skilful batter, but quite rebellious. Every team has got their rebel. Sometimes it makes them better players, sometimes maybe not so.