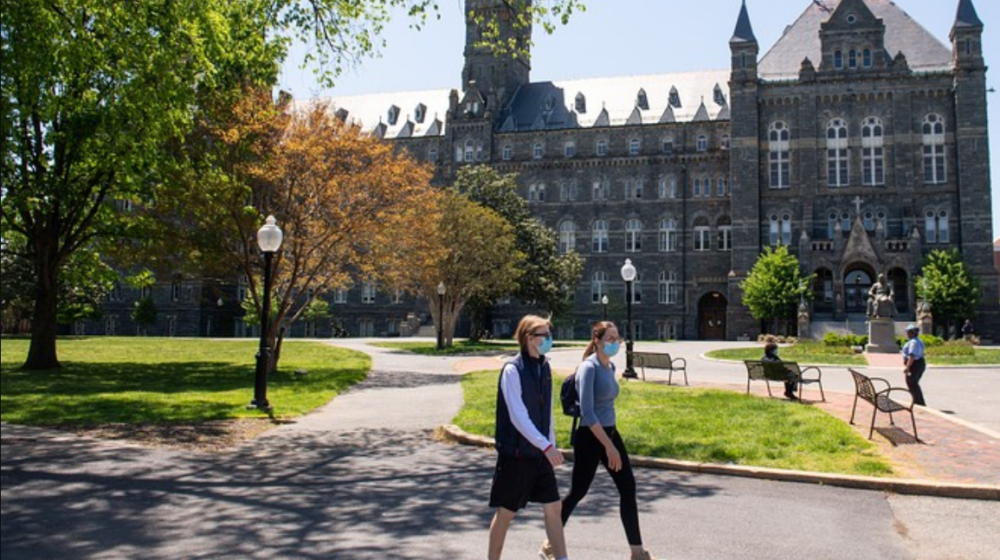 After the outbreak of COVID-19 around the world, research and education institutions had to shift to online classes to keep the academic activity going. On a state level, all countries have been quite hospitable to foreign students amid the pandemic, until recently.

In a recent development, the US Immigration and Customs Enforcement (ICE) released a statement on Monday, stating that students that hold particular visas “may not take a full online course load and remain in the United States,”

The U.S. Department of State will not issue visas to students enrolled in schools and/or programs that are fully online for the fall semester nor will U.S. Customs and Border Protection permit these students to enter the United States.

It was, however, proposed by the agency that the students can get themselves transferred to institutes that use a “hybrid model” of instruction, incorporating both, online and in-person teaching. However, with such a huge number of students at risk of being deported, there’s only a limited number of institutes with limited programs and seats available.

Numerous people in the US hailing from the world of academia have expressed their concerns. Harvard University President Larry Bacow stated the following:

We are deeply concerned that the guidance issued today by US Immigration and Customs Enforcement imposes a blunt, one-size-fits-all approach to a complex problem giving international students, particularly those in online programs, few options beyond leaving the country or transferring schools.

Echoing the same concern, vice president of the American Council on Education Brad Farnsworth stated that the announcement hit him and many others from out of nowhere.

We think this is going to create more confusion and more uncertainty. What we were hoping to see was more appreciation for all the different possible nuances that campuses will be exploring.

Trump’s administration has brought about a myriad of changes in the US immigration policy, citing COVID-19, as a result of which, a large number of immigrants have been prohibited from entering the country. Owing to many such questionable decisions as of late, the US’s relationship with other countries may be in question as well.