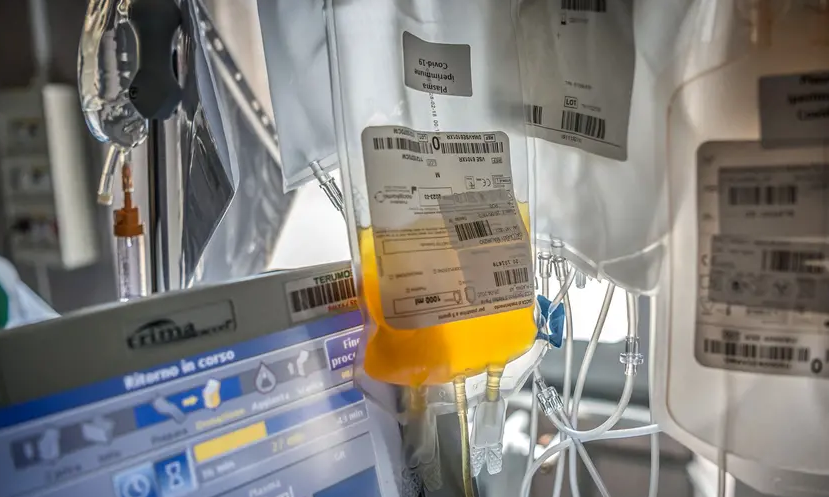 Of late, there has been a plasma rush in Pakistan. Desperate families of critical Covid-19 patients have been racing to access this life-saving blood content for the treatment of their loved ones. Some health experts say that convalescent plasma, which contains antibodies generated by the recovered patients, could be a possible treatment for the novel coronavirus.

The heightened demand, unfortunately, created a black market where the blood plasma of recovered patients began to be sold to people who are desperate to find a cure for the disease. Despite limited information on its effectiveness, the plasma treatment became widely sought in Pakistan where Covid-19 has killed about 5,000 and infected close to 235,000 people so far.

In an effort to help connect plasma seekers with donors and counter the plasma black market, a Facebook group called Corona Recovered Warriors was created by the musician Zoraiz Riaz. While he was expecting a few hundred responses, the group gained over 320,000 members within a month. Today, a team of 33 volunteers is managing the group, helping families with sick loved ones connect to the right people.

“There was no clear guidance from the government, and we had to face this urgent amount of requests for plasma from almost everyone, even people whose medical consultants were not recommending it were coming to us asking for plasma,” shares Zoraiz Riaz. Aged 27, Riaz hails from Lahore which remains one of the Pakistani cities hit worst by the pandemic: At least 43,000 people have been infected and 725 lives lost to the deadly virus to date.

With the treatment gaining momentum and demand for blood plasma skyrocketing, leading Pakistani hematologists called for urgent government guidelines to counter the burgeoning black market for plasma. Now, national standards for plasma treatment have been put in place by Pakistani health officials and the sale of plasma has been outlawed.

But the healthcare gaps still exist which the Corona Recovered Warriors are helping to plug. Volunteer physicians on the group are answering questions about plasma and linking donors and receivers to sidestep the black market. According to Riaz, each request for plasma is screened by volunteers who require medical documentation from physicians showing the treatment is viable. Moreover, donors are also screened to ensure that no one is selling the plasma.

Plasma is not the only thing that Corona Warriors are helping the people with; the group members are also offering ventilators and oxygen tanks to hospitals, home-cooked food to families of patients or those in quarantine, and advice on hospitals with available beds or where to find drugs prescribed by doctors.

“Around 85% of people are looking for plasma, while the rest are looking for different medical supplies, oxygen, ventilators, injections for drugs, or leads on hospitals that have availability,” shares Zoraiz Riaz. He adds that owing to the government’s inability to control hoarding and profiteering amid the pandemic, many common medicines have disappeared from the market and the volunteers of his group are helping people with where they could possibly find these drugs.