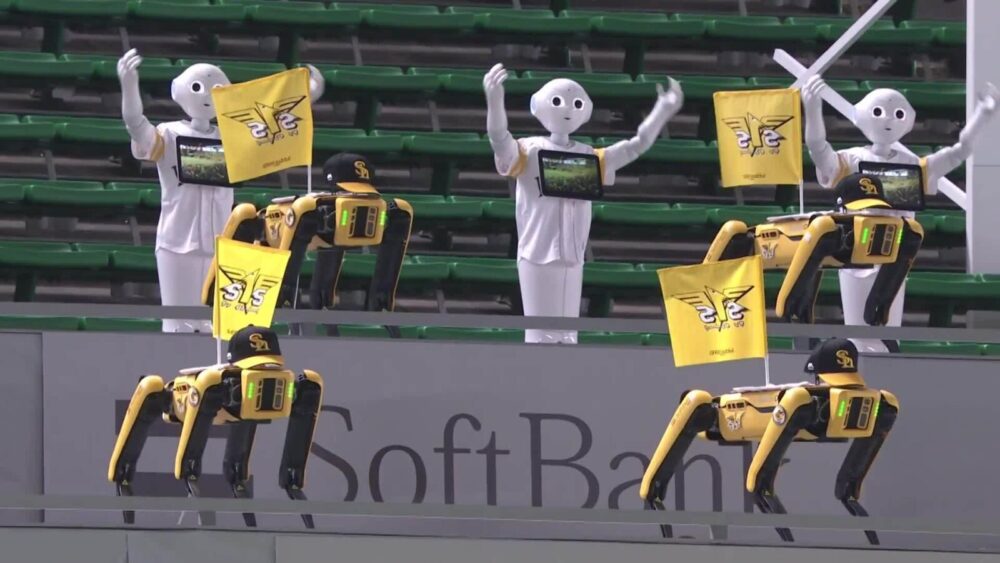 Professional sports have come to a halt all over the world due to the COVID-19 pandemic as people cannot gather because of social distancing. A baseball team in Japan, however, found an interesting alternative to actual fans in the stands. The team has deployed robots that cheer for the teams on.

Japanese baseball team Fukuoka SoftBank Hawks recently had a match against the Rakuten Eagles. The Hawks deployed 20 robots that were choreographed to dance to the team’s song and cheer them on while standing at the podium of an empty stadium.

I’m not sure ifthe robots paid to get in. pic.twitter.com/GmpIGtDtt0

These 20 robots were a mix of Softbank’s humanoid Pepper robots and Boston Dynamics’ famous dog robots called Spot. The yellow dog robots were also supporting the Hawks and they were branded with their flags and face caps as well. These robots danced to the song that is usually performed by the team’s fans. Although these robots cannot bring life to the stadium as much as 40,000 fans can, it does serve as a reminder of how much progress has been made in the field of robotics. To address the ongoing pandemic, Boston Dynamics has deployed the Spot robot dogs to ensure people maintain social distancing.

These robots are also being used to detect faults in machinery, triage COVID-19 patients, assist in police bomb squads, and much more.

This is getting mixed responses all over the internet such as “First they take our jobs. Then they take our seats,” wrote an unimpressed Twitter user. “Everything about this is awesome! Love it!” said another. “It is normal that I’m so afraid of this?” added another.