Punjab reported 494 new cases in the province where Lahore and Rawalpindi reported 228 and 31 new cases respectively.

AJK yesterday showed its highest single-day rise in coronavirus cases since the beginning of outbreak in February 2020, as the region added 83 new cases to surpass GB’s tally of 1,750. AJK’s cases reached 1,771.

A total of 40 deaths were reported yesterday, lowest since May 28th.

5,927 patients recovered from the infection yesterday taking the tally of recovery patients to 178,737 or 60.30% of total positive cases.

More in below tables and graphs: 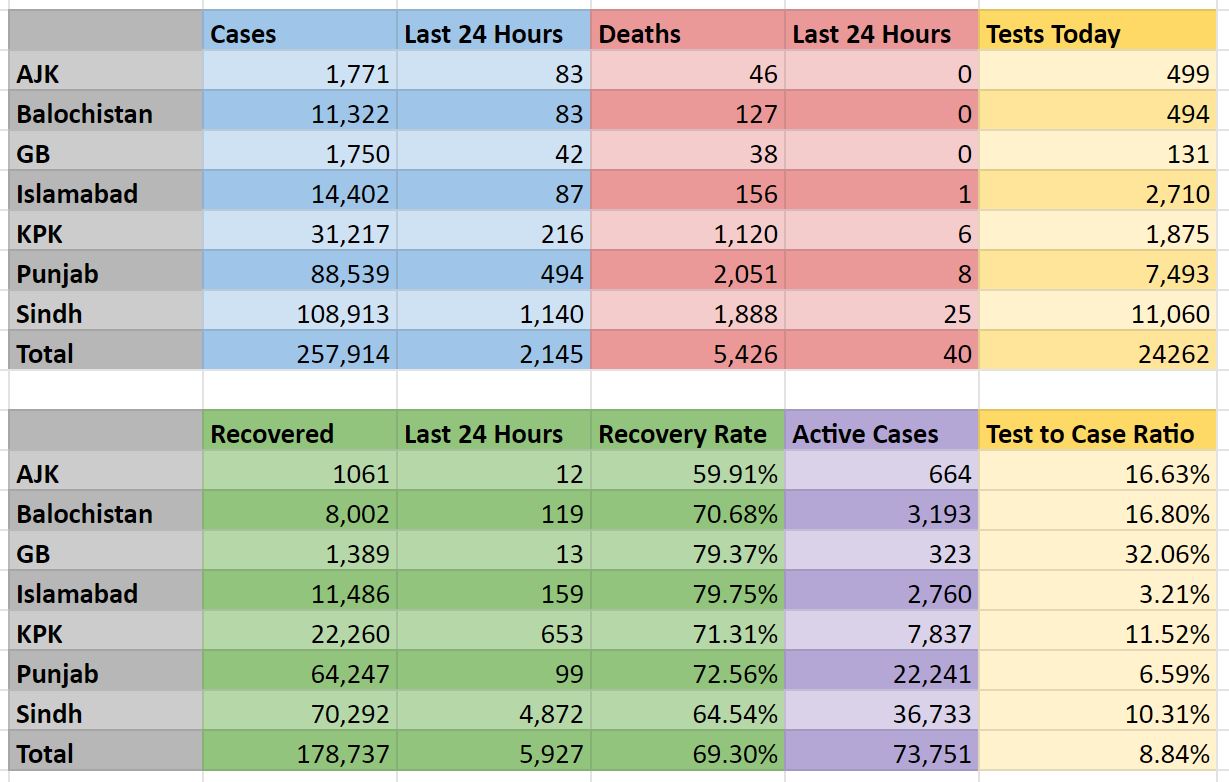 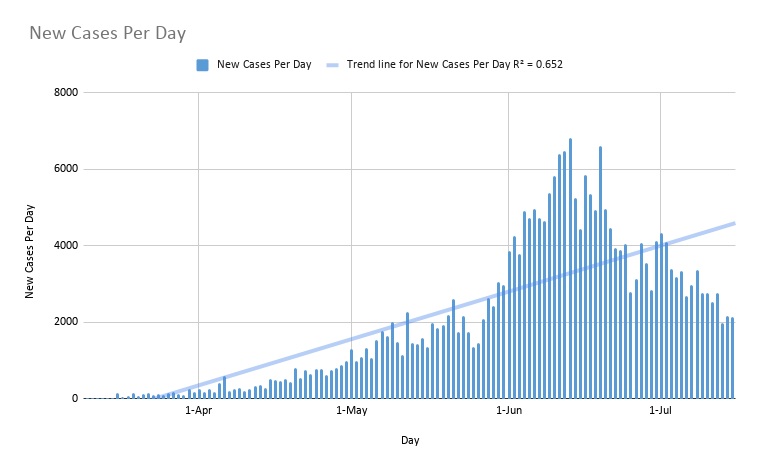 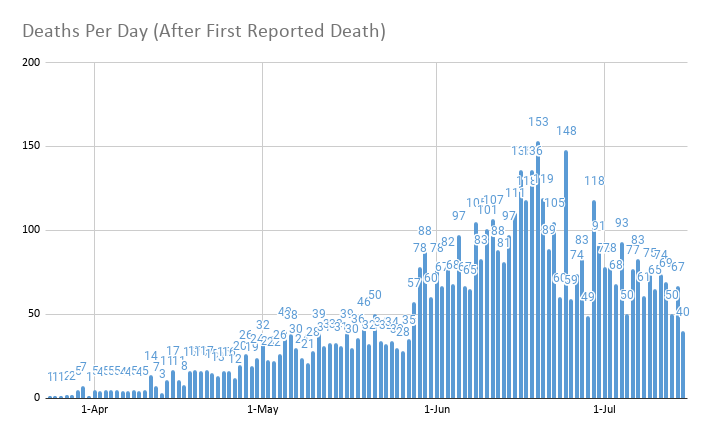 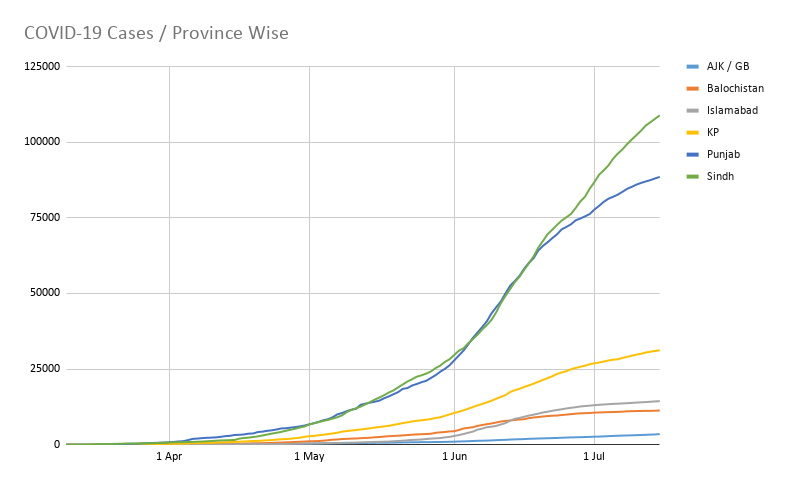 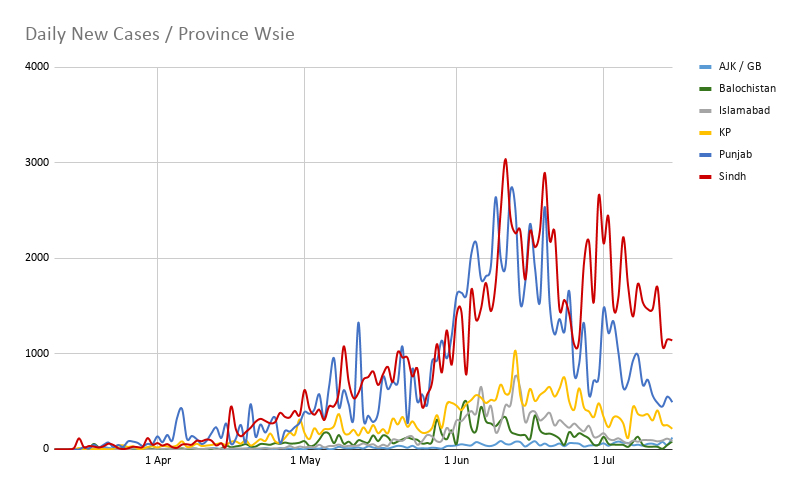 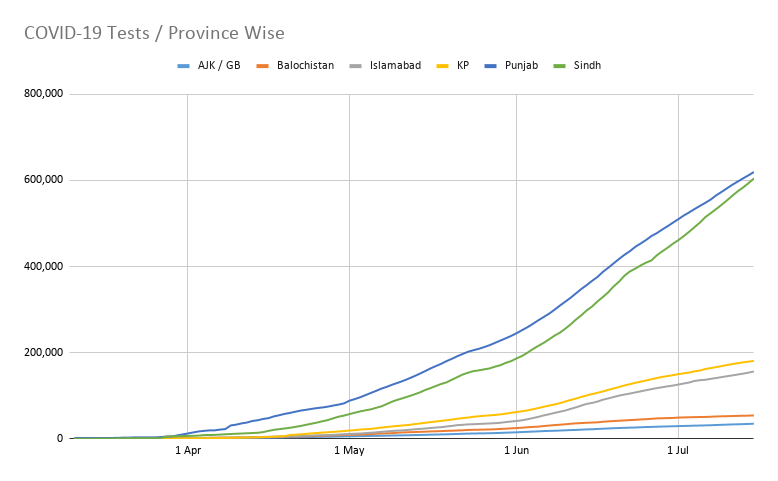 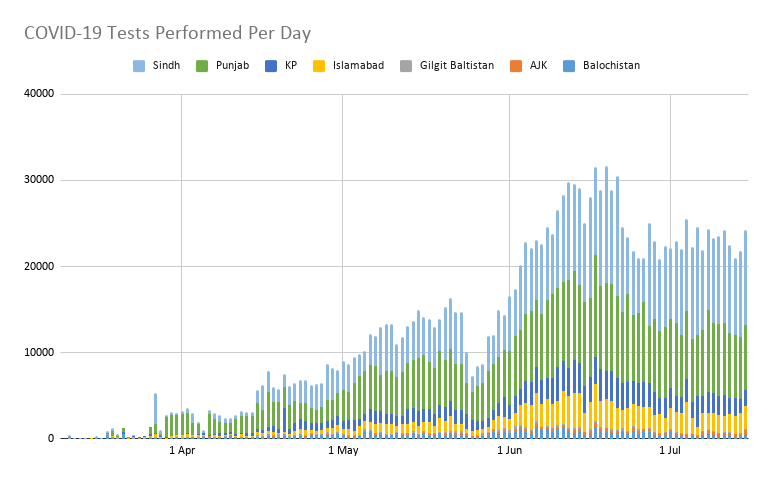