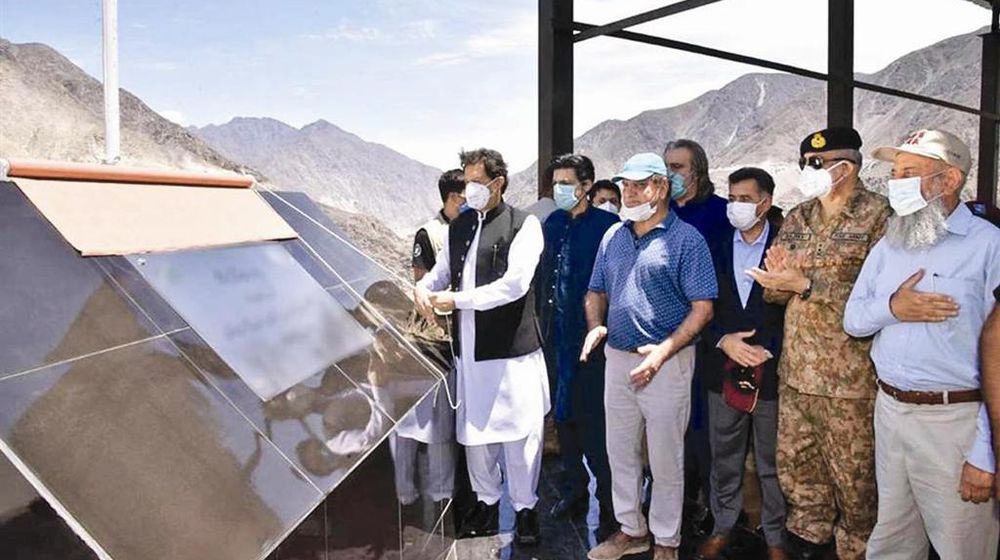 The construction work on the Bhasha dam has finally begun despite the fact that the decision was taken about 50 years ago. In the previous government’s tenure, the construction of the dam was delayed until 2037.

Prime Minister Imran Khan visited the construction site on Wednesday where he was briefed about the project. In his speech, the premier regretted previous governments’ short-sightedness, saying China has over 80,000 dams including 5,000 big dams, whereas this will be only the third big dam in Pakistan.

This [Diamer Bhasha Dam] will be our third big dam. China already has around 5,000 big dams and a total of about 80,000 dams. From this, you can gauge the massive mistakes we have made in the past. Unfortunately, the previous rulers took decisions on a short-term basis and focused on completing the projects just ahead of the elections.

Following his visit, hashtag #SindhRejectsBhashaDam is trending on Twitter as the people of Sindh voice their concerns on the building of another big dam on River Indus. Here’s what the people are saying about the subject:

People of #Sindh reject any kind of construction including dams on Indus River. #SindhRejectsBhashaDam pic.twitter.com/YWGkVlnSXq

We Sindhi nation will never agrees to build a dam on indus river. This river is a mother of all rivers of Pakistan and many of the farmers are fully dependent on this river.#SindhRejectsBhashaDam pic.twitter.com/2hDhKR46cP

#SindhRejectsBhashaDam
After the rejection of 3 provinces just to irritate n hurt the feelings of a single province that generates most of the income n adds to national exchequer, a controversial Dam construction is kicked off on mighty #Indus to conspire against #Sindh pic.twitter.com/7USTrBqHhh

No #dam, #barrage or Canal could be built without consent of #Sindh under #Sindh-Punjab water accord. But even dam is being built in #upper reaches of Indus which is not only unlawful but #environmentally hazardous.
#SindhRejectsBhashaDam

The people of Sindh will not recognize any dam on the river Indus.
So all dam construction stopped#SindhRejectsBhashaDam pic.twitter.com/4CJfKqUFaY

Sindh will never accept further any dams or cut on indus
Most of Sindh’s economy is dependent on agriculture & a large part of that economy which is already stands destroyed due to water lack & mismanagement of the government’s agriculture policies.#SindhRejectsBhashaDam

If state is neglecting Sindhi people's protests marches, rallies and struggle against Dam.
Then sindhi ppl will take another way!#SindhRejectsBhashaDam pic.twitter.com/Hd71ysRKXa

India has raised objections on Diamer Bhasha Dam Construction, Connect the dots now, Zardari lot has been opposing the construction of dams to please the Modi regime.#CPEC

@BBhuttoZardari look what you have done to Thar & now opposing this dam, the key of our prosperity. The children are starving and you are busy in pleasing our enemies.#SindhRejectsBhashaDam pic.twitter.com/eiRpScXhUP

Federal Govt has proved that they do not care about Sindh, they merely benefit Panjab.#SindhRejectsBhashaDam

Do you think the Diamer-Bhasha dam should be constructed? Let us know in the comments section.