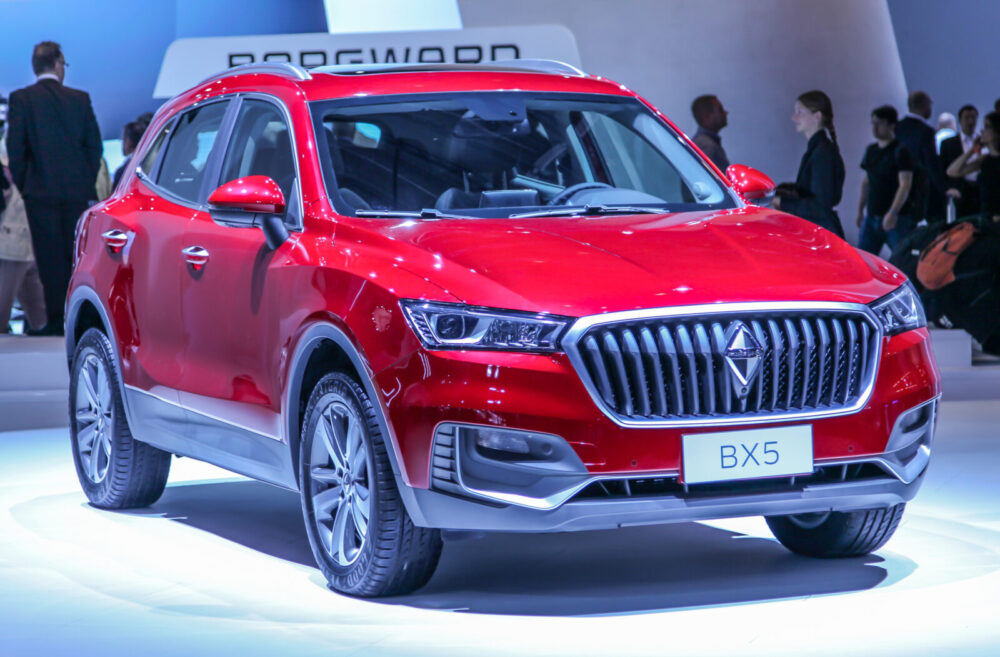 Pakistani auto-industry has recently begun warming up to the idea of crossover SUVs, with cars like the Honda BR-V, Toyota Fortuner, Kia Sportage, Hyundai Tucson etc. becoming popular among motorists. It was, therefore, much to a lot of people’s excitement, when the new Borgward BX5 was spotted strolling around on Pakistani roads, sporting a green number plate.

Borgward BX5 is a compact crossover SUV developed by a Sino-German automotive company Borgward. The main markets for the company are China, Brazil, India and Mexico. However, the company has been fiddling with the idea of electric-powered vehicles as of late and seeks to become one of the largest EV producers in the world in the coming years.

As for the car, the BX5 had its world premiere at the 2016 Geneva Motor Show. Later, it was scheduled for launch in the market on 24th of March, 2017. The car comes in 3 variants. The base variant is the 20T GDI that features a 1.4 Litre 4 cylinder Turbocharged Petrol Engine that makes 148 horsepower, 250 Newton/Meters of torque and can be mated to a 6-speed manual or a 6-speed automatic gearbox.

Then there’s the mid-range variant, which is the 25T GDI that features a 1.8 Litre 4 cylinder Turbocharged Petrol Engine that makes 188 horsepower, 280 Newton/Meters of torque and comes only with a 6-speed automatic gearbox.

Finally, there’s the top-of-the-line variant, which is the 28T GDI that features a 2.0 Litre 4 cylinder Turbocharged Petrol Engine that makes 224 horsepower, 300 Newton/Meters of torque and it also comes only with a 6-speed automatic gearbox.

Although this car has been spotted in Pakistan, it is important to note that it has neither been officially released nor is it being made in Pakistan. A few media reports claimed, however, that Sazgaar Engineering Works, the company makes 4 stroke CNG auto-rickshaws and is behind the introduction of BAIC in Pakistan, was to launch this car in 2019.

However, there are a few rumors in the air about the BX5 being imported to Pakistan by Sazgaar. Along those lines, one of the media reports stated that, “The vehicles will be assembled/manufactured under the brand name of BAIC.”

However, upon discussion with Pakwheels, the company stated that it has “no connection” with the cars seen on the Pakistani roads. Plus, since there is no tender in the purchase of the BX5 as of yet, there’s a reason to believe that these cars have been given to the government as gifts. Whatever the case maybe, given that crossovers are hot in demand these days, the BX5 would make a fine addition to Pakistani automotive market.