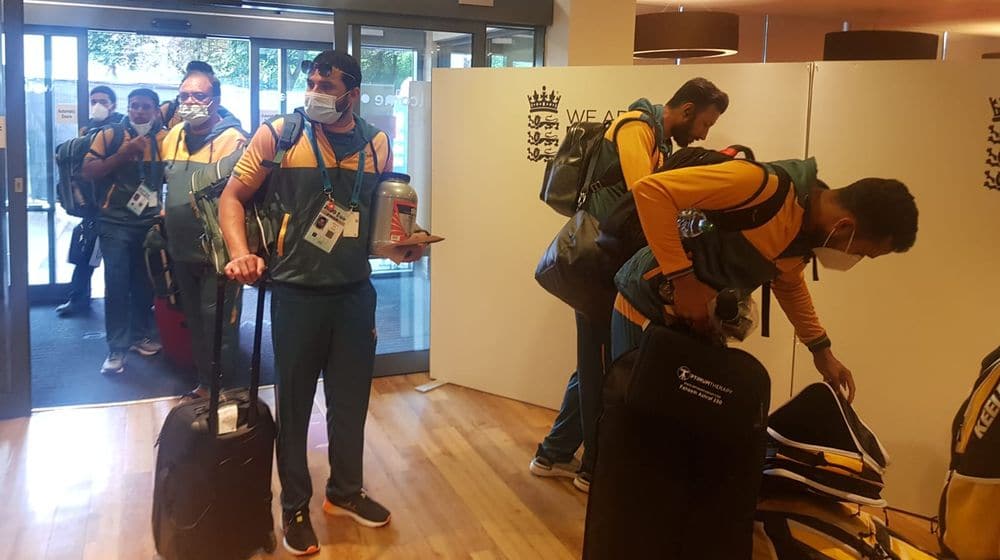 In a surprising development, the Pakistan team is made to stay in three-star hotels on their tour to England. A touring team usually stays in some of the most lavish five-star hotels, however, this is not the case for Pakistan this time around.

According to the reports, the team stayed in a 3-star hotel adjacent to the ground in Worcester in the first phase of the stay. The team has now moved to Derby where again the team has been made to stay in one of the most affordable motel & hotel chains in the UK, Travelodge.

The team is currently staying at the three-star Travelodge Derby Cricket Ground hotel where bookings start for as low as £26.99 per night.

The Men in Green arrived in England on 28th June to prepare for the series against England. As per the new regulations, a team visiting a country has to complete a 14-day isolation period with no one allowed to contact anyone outside the group.

The only permitted outdoor activity for the Pakistan team is their practice whereas the indoor activities are only restricted to players’ rooms. Pakistan will play three Tests and three T20Is. All the fixtures will be played in Southampton and Manchester and the reason behind the nomination of these grounds is that there are hotels adjacent to them.