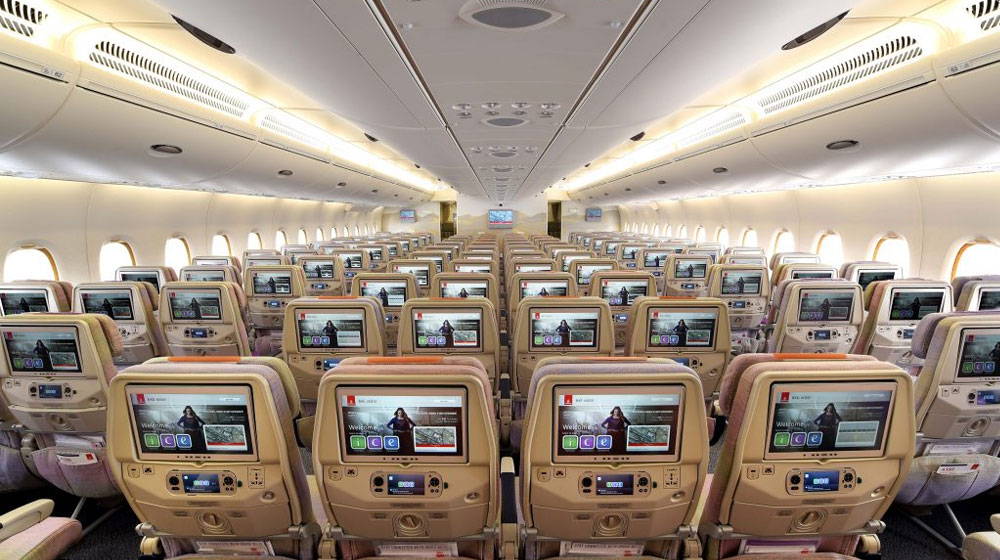 Emirates has said that it is unrealistic to ensure social distancing on aircraft as it will cost the airline dearly.

An international news agency has quoted Emirates high-ups saying that social distancing by leaving seats empty will increase the cost which is not possible for the airline.

The largest airline in the United Arab Emirates (UAE), which operates a fleet of 270 wide-bodied aircraft, has recently resumed international flights after a closure of nearly three months. The flight operations were halted in late March as part of global shutdowns to help contain the virus.

Speaking at a business conference, Emirates’ Divisional Senior Vice President for Corporate Communications, Boutros Boutros, said that the discussion of maintaining social distance on board was ‘nice’ but not practical, and added that Emirates would like to get back to normal.

Having space (empty) I don’t think is going to be an option unless the passenger is willing to pay. What we wish for is one thing, but the reality is another.

He said that the aviation economy depends on filling its seats, it is not possible to middle seats on aircraft unless the passengers themselves pay the fare for the empty seats.

His comments are an extension of the Emirates president, Sir Tim Clark’s take on it. He told a tourism conference last month that blocking middle seats were ‘neither economically nor environmentally feasible.’