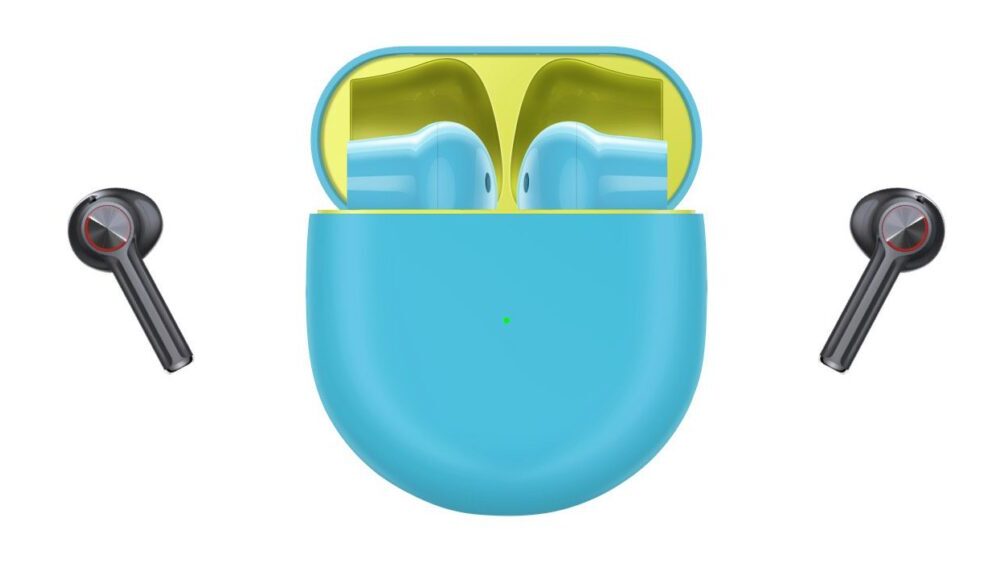 OnePlus’s big launch event is set to kick off tomorrow where it will unveil the affordable OnePlus Nord alongside its first-ever TWS Earbuds dubbed the OnePlus Buds. After teasing a number of features over the past few weeks, it appears the company has accidentally revealed the design of its upcoming AirPods competitor.

XDA Developers writer and tipster Max Weinbach has come across numerous images of the upcoming earbuds in the latest OnePlus 8 update. This update included a OnePlus Buds APK file which came with images of the earbuds and their charging case. The charging case looks quite similar to that of Vivo’s TWS earbuds due to the shape and green light, but on these, the light and button have swapped positions. The buds themselves are shaped more like a periscope in OnePlus’s case.

Here is a comparison between the two.

Max has also given us a good look at the stems for the OnePlus buds. Check out the thread included below.

9to5Google and Android Police have done some more digging and have found references to some of its features such as active noise cancelation, translation capabilities, quick pairing, Dolby Atmos support, and more. Earlier teasers have also revealed that there will be fast charging capabilities and an endurance rating to top it off. No word on wireless charging yet.

All of these features combined would make for an intriguing pair of earbuds. Of course, there is more to these earbuds that will be officially unveiled tomorrow on July 21, 2020.