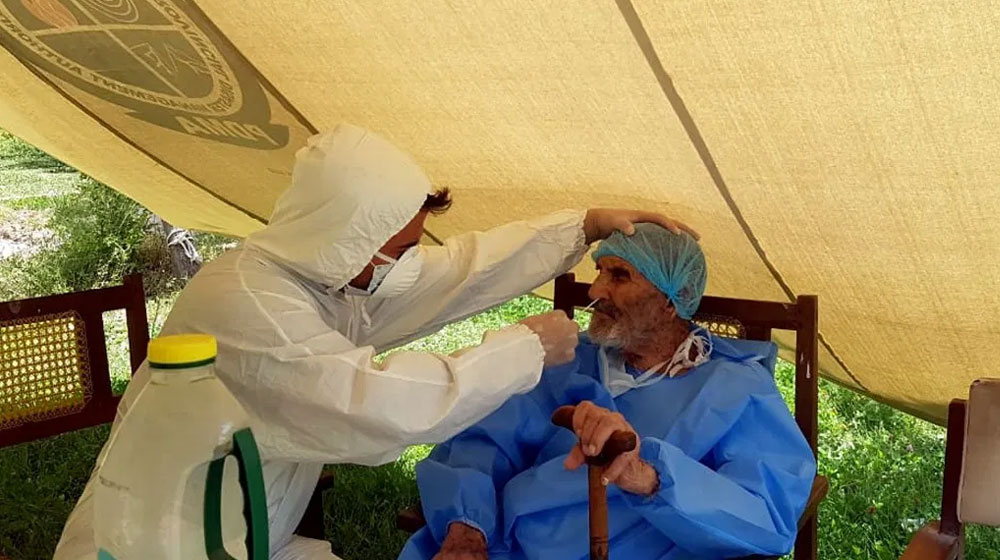 A 103-year-old man from the mountainous regions of Upper Chitral has defeated the deadly coronavirus, becoming the oldest known Pakistani to return to health safely after being infected.

After getting treated for almost two weeks at the center, his condition stabilized without requiring supplemental oxygen. Consequently, he was discharged after producing two negative tests on July 13, 2020.

We treated Mr. Aziz as a high-risk patient given his advanced age and provided the appropriate medical care along with psychosocial and moral support – equally important during these distressing times. In a short span of time, we have successfully treated 59 Covid-19 patients at this facility – many of whom were elderly.

His son, Sohail Aziz, said that the family had faint hope for his survival at the time of his admission to the hospital.

We were very worried about my father’s poor health. We felt there was no hope of survival. My father was very excited at the time of his discharge. He greeted all the staff and management while leaving the response centre and thanked everyone for taking care of him.

Punjab to Shut Down Shopping Malls 3 Days Before Eid

The Aga Khan Development Network has been striving to ensure the provision of quality health services to those in Pakistan’s remote and isolated mountainous communities, and the establishment of the Aga Khan Health Services Emergency Response Centre in Booni is an extension of the efforts.