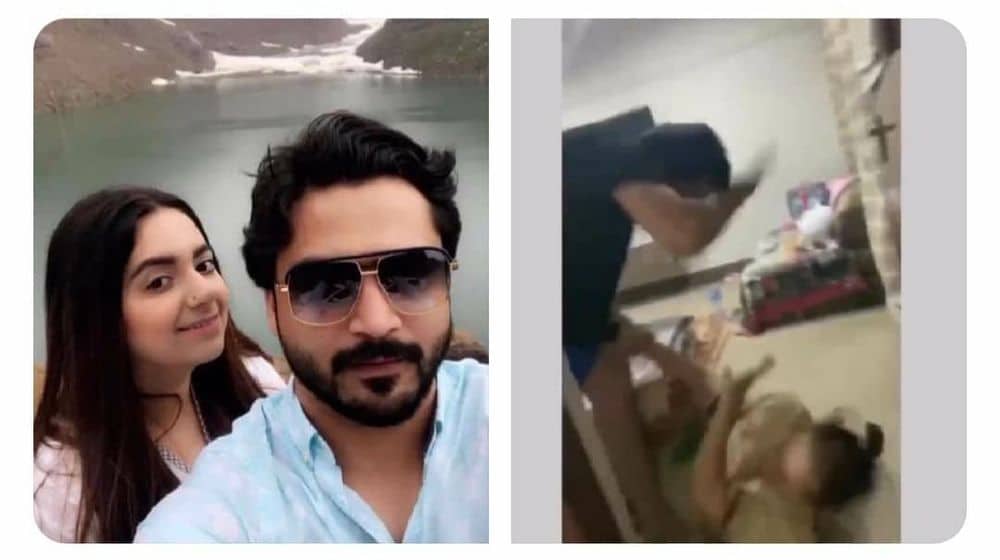 In an incident of domestic violence in Rawalpindi, a son beat up his mother and sister as her wife recorded the video of the horrendous act.

The video is making rounds on social media platforms as users bash the monster who raised hands on his mother, Gulnaz Bibi, because of his wife.

According to Deputy Commissioner Islamabad, Hamza Sahfqaat, the culprit, identified as Arslan Qureshi, ‘is being arrested by Rawalpindi Police’ after he ran away with important documents and cash. The incident took place in Sadiqabad, Rawalpindi.

It's in Pindi. He is being arrested by @RwpPolice https://t.co/84TNkQ5KVX

Here’s what people are saying about the matter:

Ya Allah… I don't have words… At all…cant post tht video.. deleted it… Oh my God…deepest corner of hell awaits this demon who raised his hands on his old mother… DEEPEST MOST ROTTEN CORNER OF HELL #zoobiameer

Just saw the glimpse of that guy beating his mother and couldn’t take that video for more than few seconds. How can anyone do that is beyond my understanding but one thing is for sure and that’s this duniya and akhirat for that couple is over#zoobiameer pic.twitter.com/vOjPRJJF7d

#zoobiameer
astagfirullah! I have never seen such a lousy man .God will surely punish you pic.twitter.com/RdBdtdEDyX

This is happening every other day, We saw a principal rape a kid, A woman being sold and now a mother and her daughter beaten by her own son.
We seriously need some Islamic punishments otherwise this will become normal.
Please @ImranKhanPTI introduce those laws.#zoobiameer pic.twitter.com/YC4QJSwwgB

Just saw a trending video of Zoobia Meer's brother beating her mother and sister mercilessly while his wife accompanying him and I'm literally trembling and shaking. These bastards deserves to be sentenced with death. @ShireenMazari1 Baji take action!!#ZoobiaMeer pic.twitter.com/RyPbbPZpLA

Take action @ShireenMazari1
If ure done sith ur slumber party ! I say you take action NOW ! NOW is the time to show you actually care for the rights…
#zoobiameer

We are living in the society where nobody cares about his jannah for just temporary properties and money
I request to prime minister @ImranKhanPTI please take strict action on it which he deserve#zoobiameer pic.twitter.com/hzu4ThTE9K

And that unfortunate man was ruining his hereafter and lost his jannah.. #zoobiameer pic.twitter.com/y3Z4k9UowF

#pakistan No fear, no care and no respect for parents 😔 RIP HUMANITY
#zoobiameer pic.twitter.com/psgZDfzcDz