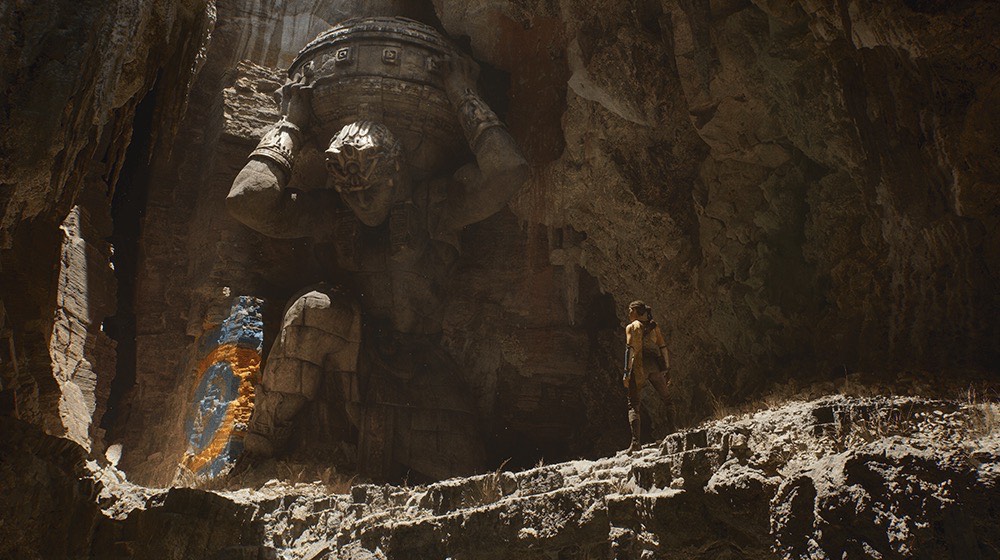 Think of the most transformative game companies in the world and Epic Games will rank amongst the very top. In eight short years, the company’s valuation has exploded from $1 billion to $18 billion.

Why? Epic Games is behind Unreal Engine, one of the most popular game engines in the world. Its flagship game, Fortnite, pioneered the battle royale genre of games and has become a cultural phenomenon. And the Epic Game Store is providing Steam serious competition to become the digital home for gamers.

That’s why it was big news when Epic Games bought Quixel.

Founded by Waqar Azim and Teddy Bergsman, Quixel is on a mission to scan the world. A leader in photogrammetry assets, it has the largest library of 2D and 3D assets in the world. Quixel’s work has been used in AAA games and blockbuster movies like The Jungle Book, Black Panther, and The Lion King.

We got a chance to sit down and talk exclusively to Waqar about starting Quixel, the Epic Games acquisition, and what it means for Pakistan.

The Winding Journey to Starting Quixel

Waqar Azim: I graduated with a Computer Science degree from FAST in 2006 but soon realized that while I liked technical roles, I wasn’t interested in hardcore engineering.

In the last couple of years of my degree, I started learning rendering, 3D graphic modeling, and worked for a couple of summers exploring that industry in Trango. It was there I realized that it could be a legitimate career option.

After a couple of years, I joined a Silicon Valley company that was making games to get more international exposure. They wanted to expand in Pakistan but the security situation in the country was a huge barrier and they ended up opening offices in Bangladesh and India.

After they got acquired by Disney and it seemed like the job wasn’t really going anywhere, I went to Sweden for a Master’s degree but left after three months.

I found an internship at a company that was working on an interesting cross-section of hardware, art, and engineering. It scanned characters, props, and other assets for in-house game development and I liked it enough to quit my job at Disney for it.

It’s there that I met my cofounder for Quixel. We realized that the work we were doing had potential and deserved a much larger audience. When we pitched the idea, though, we got no interest so we left and started Quixel.

For six years, we bootstrapped and made tools that funded our long-term vision of the Megascans project. We also shifted our operations to Pakistan to make scanning and hardware development easier.

When we finally launched the Megascans project in 2016, over 50% of our assets were from Pakistan.

Raising $3 Million and Getting Acquired by Epic Games

Waqar Azim:  We raised a $3.1 million investment round in 2018 to professionalize the company, bring on an experienced advisory team, assemble a Board of Directors, and break into new industries.

A year later, even though we hadn’t really used that funding, we decided to raise another round because we felt that an economic recession was on the horizon.

We received healthy interest from our original investors, FAANG, and other Fortune 100 companies, but as soon as we met with Epic Games, it was game over. Their mission was so grand and so clear that we decided it was the only right move.

From the beginning, they were interested in an acquisition. They sold us on their vision of building the ‘metaverse’, where people would be interacting, shopping, watching concerts — things that have already started happening.

When you look at Fortnite, it has replaced social media as the place to hang out for the new generation of kids. They use it to communicate, hang out with friends, talk to them, and gaming is only one component of the experience. Epic Games is way ahead of the curve in building a universe within the computer.

And to help build this metaverse and make it as real as possible, they needed Quixel. Secondly, and this is an important point, they wanted to make our library of assets free for everyone using Unreal Engine on the very first day of the acquisition.

If you look at their user acquisition model, they make the technology free and only earn money when their platforms are used to build successful products and projects. Even in Fortnite, all monetization is around cosmetics rather than gameplay advantages. This approach really resonated with us and was a deciding factor in opting for an acquisition.

I’m particularly proud of the fact that when we sold Quixel to Epic Games, our people in Pakistan were beneficiaries since we’d cleaned up our company structure (when we first raised funding) and granted them stock options.

“Epic is Surprised at the Quality Coming Out of Pakistan”

Waqar Azim: Epic Games is very impressed with the quality of our people in Pakistan. They met many of our team leads as part of the acquisition process and were immediately impressed by their abilities and technical aptitude, it’s been a pleasant surprise for them.

Now, a few months after the acquisition, we’re positioned even more strongly within the company. Many of our teams are working directly with their counterparts in Epic Games and a lot of projects have been taken away from others and awarded to our team in Pakistan.

95% of Quixel’s technical team is based out of Pakistan and whenever we get any engineering work, it’s usually our Pakistan team that works on it.

Right now, our work revolves around expanding our library, improving our distribution and tools like Mixer, and making sure that we’re providing value to both our users and theirs. That’s why we have a lot of focus on hiring artists as well as engineers in Pakistan.

Our hiring experience was good in the beginning but over time, we’ve had increasing difficulty in recruitment. Volume isn’t an issue but finding truly talented applicants is definitely a current challenge for us.

Now that we are providing a chance to work on major projects at Epic Games in Pakistan, we hope that this challenge will be met.

We have a wide array of open roles, from scan artists and QA engineers to product managers. We hope to add at least 30 people to our team by the end of the year, taking our total headcount to over 150 in Pakistan. I’d encourage talented artists, engineers, and product managers to check the dozens of openings we have right now.