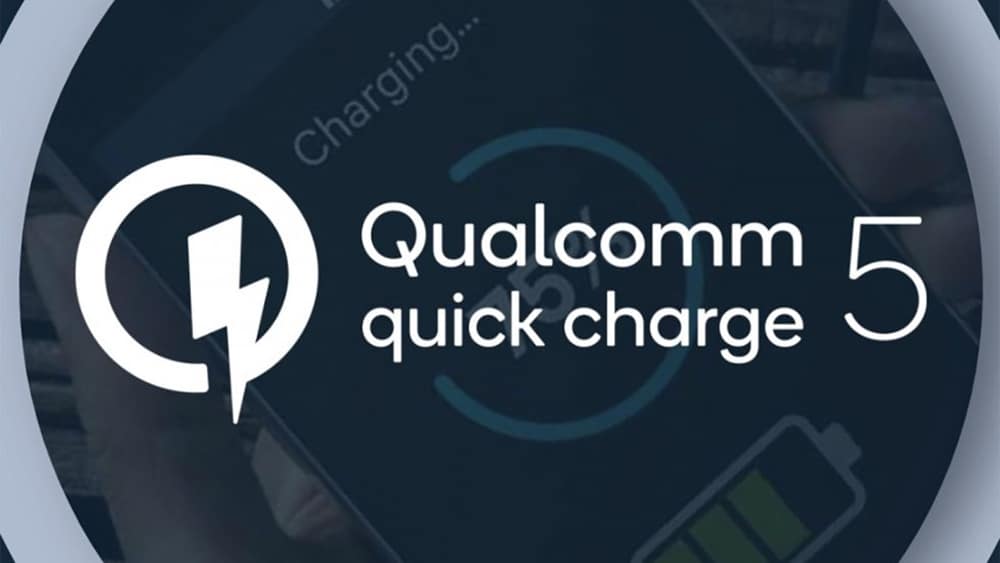 With more and more manufacturers working on proprietary fast-charging technologies, Qualcomm has launched its own Quick Charge 5 technology that supports 100W+ fast charging. Earlier this year, the company also announced Quick Charge 3+ for affordable devices, although Quick Charge 4 and Quick Charge 4+ are already being used in Smartphones since 2017.

According to Qualcomm, this new technology is the world’s fastest commercial charging solution.

Quick Charge 5 enables charging speeds of up to 0-50 in five minutes (for a 4500mAh battery), with 100W+ charging power with our new Dual Charge Technology.

Like most fast charging technology solutions, Quick Charge 5 also employs the Dual Charge Technology that splits the battery into two and charges them separately. According to Qualcomm, a single battery can be charged at up to 45W to 50W. 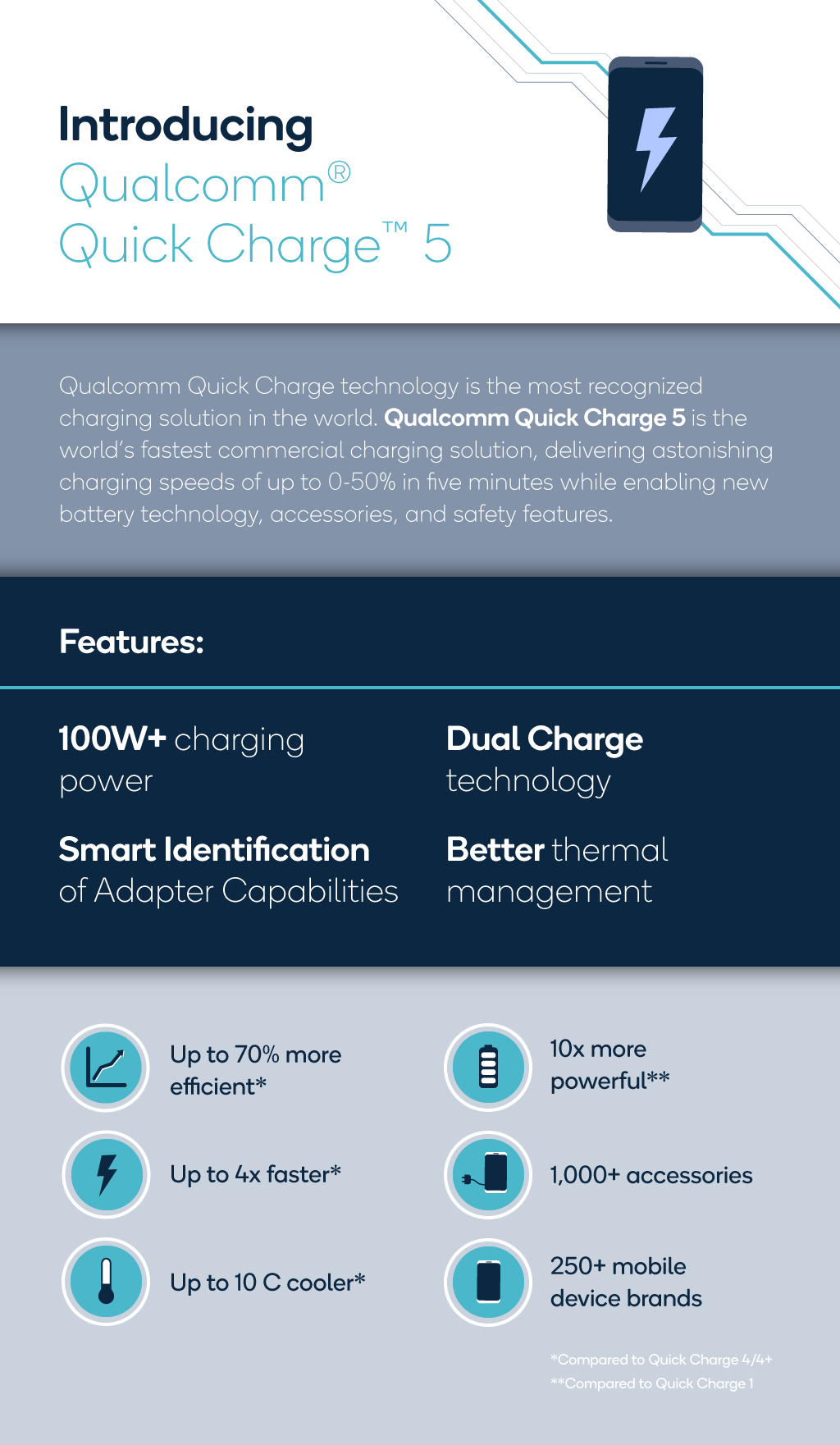 However, XDA-developers detailed that the latter will be used to identify the real capabilities of a power source and adjust charging based on that rather than going with the advertised power source, which is not the best solution.

Currently, Quick Charge 5 is supported by the Snapdragon 865 and Snapdragon 865 Plus only. Other mid-range SoCs are not supported. We might be the first device with this new technology as early as by the end of this year.