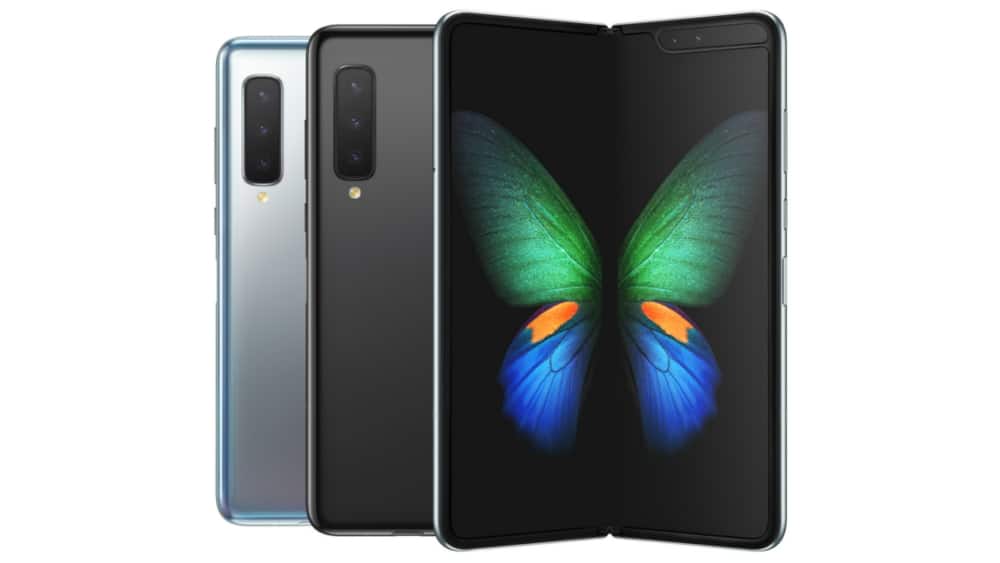 Samsung’s unpacked event is less than a week away. Hence, the rumors and leaks have picked up the pace. The latest leak gives us a look at the upcoming Galaxy Fold 2 5G. Images of the foldable smartphone were uploaded by a twitter user who also tagged Max Weinbach in the post.

Since the past few months, analysts have been guessing what the new Galaxy Fold will be called. These images also disregard all those predictions revealing that it will be called the “Samsung Galaxy Fold2 5G”.

The snapshot shows that Fold2 has a form factor similar to its predecessor. However, the large notch in the top right corner has been replaced with a much better looking punch-hole. We cannot guess how big the cutout is, however, its clear the punch-hole houses a single camera.

Based on previous rumors, the smartphone will sport a 6.23-inch external display with corning gorilla glass, 2267 x 819 pixels resolution, a tall 24.9:9 aspect ratio, and a 120 Hz refresh rate. It will cost around $2000 and will come with an upgraded triple camera setup featuring a 64MP main shooter.

The upcoming Samsung Unpacked event is expected to be one of the most important events of the year. Alongside the most-awaited Galaxy Fold2 5G, the company is all set to launch its Samsung Galaxy Note series, the Galaxy Tab S7 series, as well as the Galaxy Watch 3 and Galaxy Buds Live. So, stay tuned for more updates.